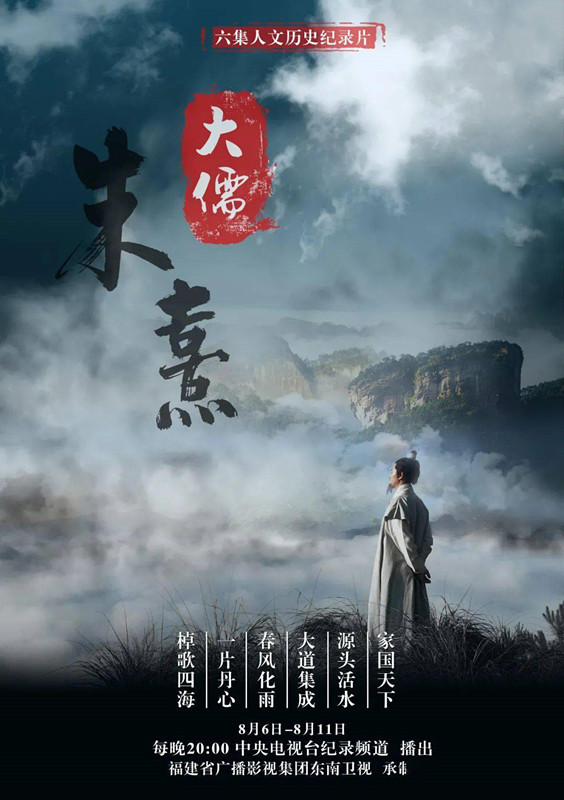 The documentary "The Great Scholar Zhu Xi" is released in June to showcase the outstanding achievements of Zhu Xi, the leading figure of the Principle School and an influential rationalist Neo-Confucian. [Photo/fjtv.net]

A seminar on the documentary "The Great Scholar Zhu Xi" was held in Youxi county, East China's Fujian province on Nov 1 and was attended by a number of government officials and reporters.

The documentary was released this June on CGTN, before being screened by China's major TV broadcaster CCTV and other Fujian local television channels.

Based on historical facts, the documentary is part of Fujian's efforts to commemorate the 890th birthday of Zhu Xi.

Liang Jianyong, chief producer of the documentary, said that Zhu Xi's philosophy is representative of Chinese culture that efforts should be made to protect and develop his ideas.