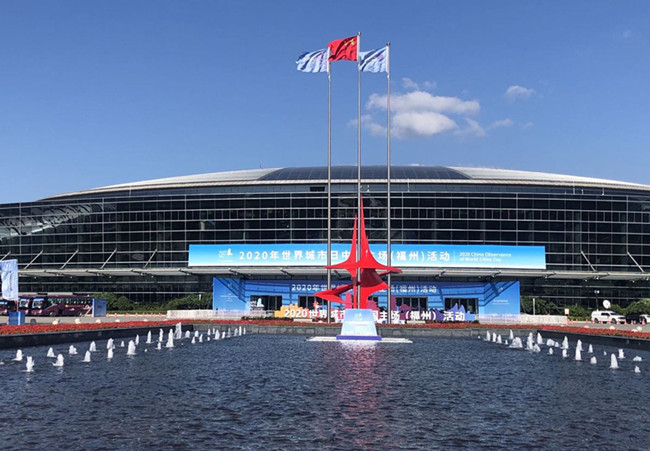 Events for the 2020 World Cities Day kicked off in Fuzhou, East China's Fujian province on Oct 30.

Bearing the theme Valuing Our Communities and Cities, this year's event jointly hosted by the Ministry of Housing and Urban-Rural Development, the Fujian Provincial People's Government and the United Nations Human Settlements Programme.

Experts from across the globe shared their views and experience on promoting sustainable development and improving the living environment of urban areas.

Jiang Wanrong, deputy director of the Ministry of Housing and Urban-Rural Development, said that World Cities Day has played an important role in promoting sustainable urban development across the world since its establishment in 2013.

China has made remarkable progress in urbanization development since its reform and opening-up in 1978. According to China's plan for the next five years (2021-2025), the country will beef up efforts to boost coordinated regional development and a new type of urbanization.

World Cities Day was first proposed in a declaration issued on the closing day of the World Expo 2010 in Shanghai in a bid to recall, renew and advance ideas and practices of the Shanghai Expo for future development.

First held in Shanghai in 2014, the event has grown into a platform for governments to contribute to the sustainable development of cities.