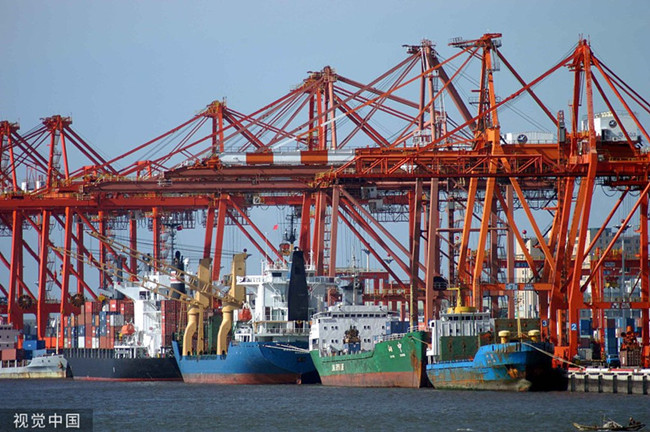 The foreign trade volume of Fujian, a province on China's eastern coast, expanded 3.8 percent year-on-year to more than 1 trillion yuan ($149.2 billion) in the first nine months of the year, according to the province's customs authorities.

According to statistics, Fujian recorded over 1.3 trillion yuan in imports and exports in 2019, an increase of 7.8 percent year-on-year and putting it at seventh place among Chinese provinces.

Local authorities have said that the global spread of COVID-19 took a heavy toll on the province's foreign trade earlier this year, leading to a 10.3 percent year-on-year decline in the value of Fujian's foreign trade in the first quarter of this year.

In light of the COVID-19 epidemic, the Fujian government has rolled out a series of measures to encourage qualified commercial and trade companies to resume normal operations as soon as possible. In addition, concrete measures have been taken to prioritize the stability of industrial and supply chains related to international trade, including production, logistics, ports, shipping, and international markets.

Foreign trade enterprises in Fujian have also shifted their focus to the domestic market and made strong efforts to promote a more diversified and rational layout for domestic and foreign markets.