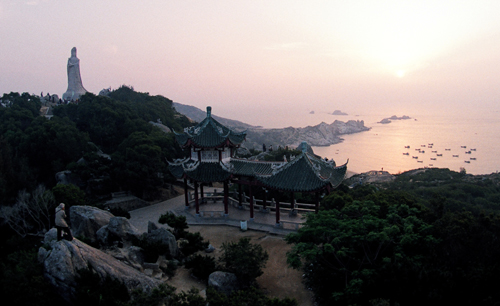 Putian is a famous historical city in central Fujian province with an area of 15,119 square kilometers. As of the end of 2020, the city's population reached 3.21 million. It borders Fuzhou to the north and Quanzhou to the south, and is only 72 sea miles away from Taichung Port of Taiwan.

With a subtropical monsoon climate, Putian's average annual temperatures hover around 18。C to 21。C. Three bays -- Meizhou Bay, Xinghua Bay and Pinghai Bay -- are located in Putian, where there are a variety of seafood, including eel, shrimp, crab and Ding Chang fish.

The city is also a top tourist destination with a wide range of attractions, especially religious architecture, such as Mazu Temple and Sanqingdian, which attract thousands of visitors from around the world annually.