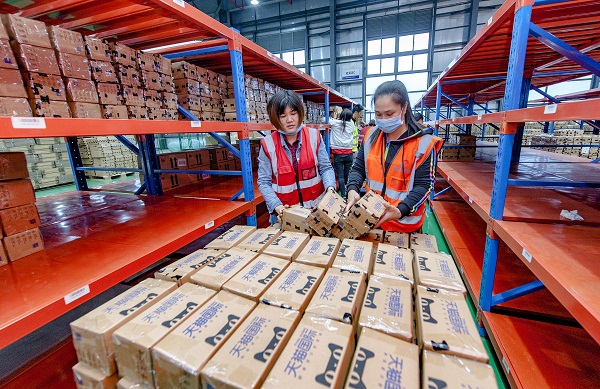 A total of over 240 film and television companies have landed in Pingtan, and more than 20 films have been filmed in Pingtan.

Offshore trade is an important manifestation of economic liberalization and is of great significance to the country's integration into global and regional supply chain construction and enhancement of international competitiveness.

Xiamen's offshore trade has handled a total of $18.08 billion in foreign exchange settlements. Fuzhou (including Pingtan) and Xiamen offer the policy advantages of the national cross-border e-commerce comprehensive pilot zone.

The application scenarios of the global quality traceability system have been continuously enriched.

More than 6.2 million traceable source codes have been issued, and nearly 22 million products have been traced to create "visible trust".

In 2020, Xiamen Port completed a container throughput of some 11.40 million twenty-foot equivalent units, a year-on-year increase of 2.54 percent. The project team led by Shen Kaiyan, director of the Institute of Economics of the Shanghai Academy of Social Sciences, through on-site inspection and evaluation, believes that the zone has built itself as a demonstration area for China's pilot free trade zones through key system blocking points, comprehensive system integration and in-depth service.