Gutian, a remote town located in the deep mountains of northwest Fujian province, is a famous and storied revolutionary area that has achieved recent success developing its red tourism industry. 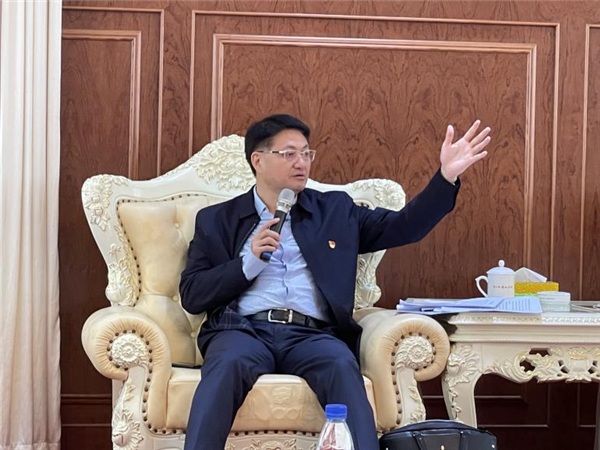 Qiu Weiqin, Party secretary of the Gutian Management Center, takes part in an interview on April 26. [Photo by Hu Meidong/chinadaily.com.cn]

Located in Shanghang county, Longyan, Gutian was the site of the Gutian Conference, a decisive event in the history of the Communist Party of China (CPC) and the Red Army, the predecessor of the People's Liberation Army.

In March 1929, the Fourth Army of the Red Army led by Mao Zedong marched to Fujian province, trying to establish a new revolutionary base. To ensure the success of the CPC and the Red Army, Mao and other Party leaders presided over the ninth Party conference of the Fourth Army in Gutian.

The meeting, which is known as the Gutian Conference, asserted the CPC's leadership of the Red Army and the Red Army's role as the people's army. 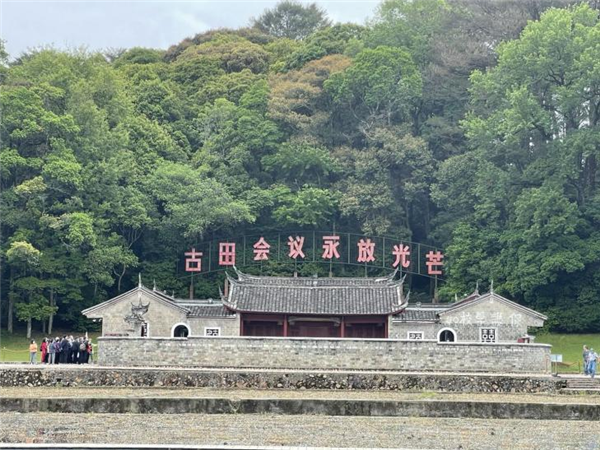 The site of the Gutian Conference has become a popular red tourism destination. [Photo by Ding Yuanyuan/chinadaily.com.cn]

The site of the Gutian Conference, the former residence of Mao Zedong, and other prominent sites during China's revolutionary period in Gutian have become popular destinations to study CPC history and its theories.

"The revolutionary sites and related cultural relics hold the glorious history of the heroic struggles of the CPC and the people," said Qiu, adding that continuous efforts have been made to improve the protection, management, as well as utilization of the town's rich revolutionary legacy. 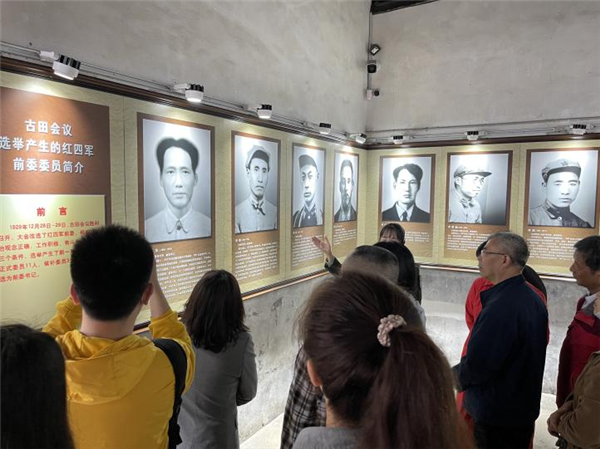 People learn about the revolutionary history of the CPC at the site of the Gutian Conference. [Photo by Hu Meidong/chinadaily.com.cn]

According to Qiu, Gutian is expected to welcome more than 5 million visitors this year, which will generate 6 billion yuan ($925.2 million) in tourism revenue.

"The Gutian Conference has brought us precious resources as part of our town's legacy to promote local high-quality development," said Qiu. 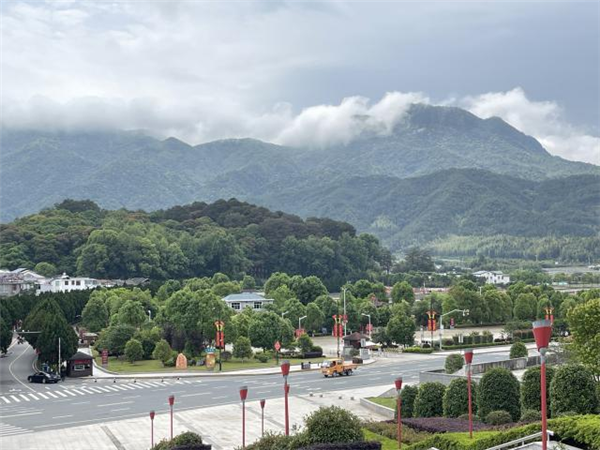 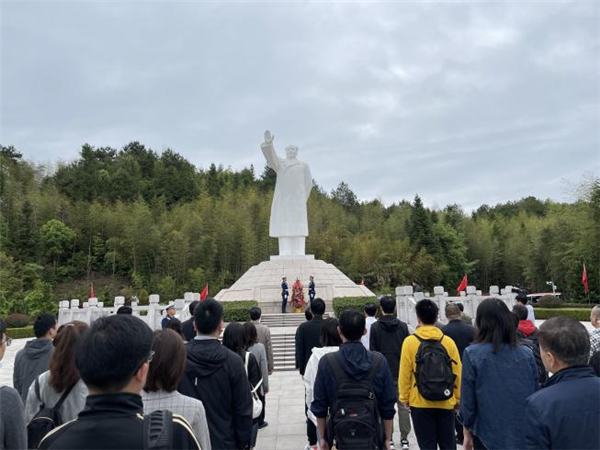 Visitors pay tribute to the statue of the late Chairman Mao Zedong in Gutian town. [Photo by Hu Meidong/chinadaily.com.cn]