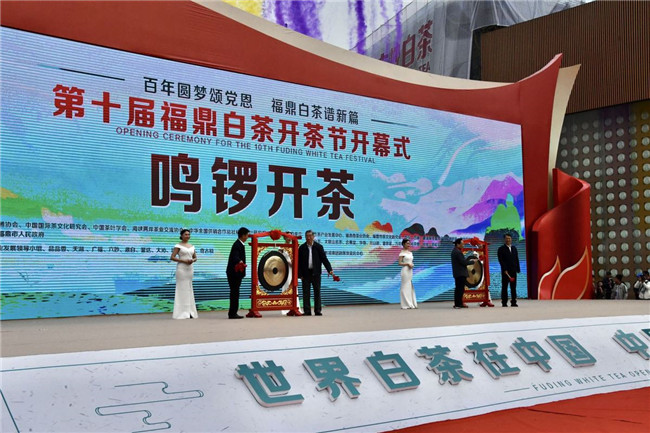 This year's event was held via both online and offline channels, offering tea lovers a chance to learn more about Fuding white tea. An array of activities were held during the opening ceremony, such as livestream marketing and cultural performances.

Bao Jiangsu, Party secretary of Fuding, said that the festival is expected to expand the brand influence of Fuding white tea, promote the green and high-quality development of the city's white tea industry, as well as further accelerate Fuding's rural revitalization.

The city currently has 167 leading tea-producing enterprises, including two national-level and 15 provincial-level ones. These enterprises have built more than 10,000 marketing branches and provided over 100,000 jobs to local people, playing an important role in promoting agricultural development in rural areas and increasing farmers' incomes.