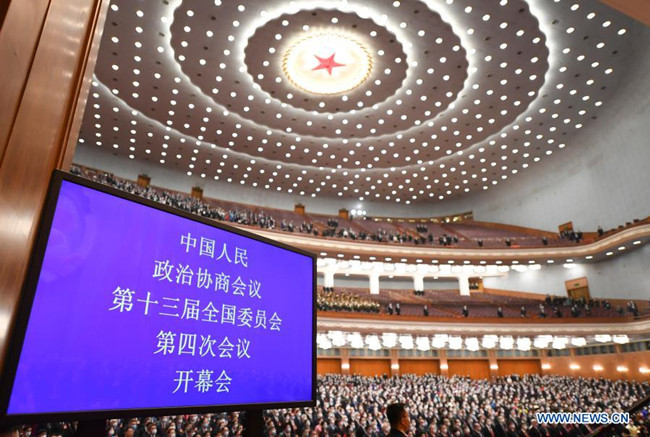 The fourth session of the 13th National Committee of the Chinese People's Political Consultative Conference (CPPCC) opens at the Great Hall of the People in Beijing, capital of China, March 4, 2021. [Photo/Xinhua]

The Maritime Silk Road is a peaceful passage for maritime culture and trade, said Luo Shaming, who is also a member of the Taiwan Democratic Self-Government League.

The park will provide a place for people to enjoy the beauty of the scene as well as understanding the culture, Luo added.