Green Fujian seen from above 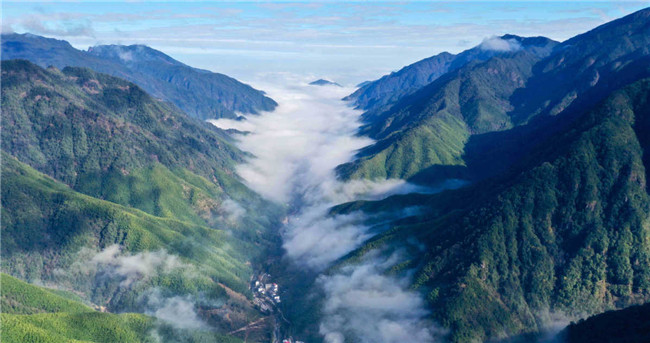 In 2000, when Xi worked in Fujian, he proposed building it as an ecologically-centered province. And over the years, Fujian has accumulated valuable experience in forest land property rights reform, treatment of soil erosion and compensation for ecological protection.

Fujian now boasts a forest coverage of 66.8 percent, the highest among all provincial regions for 42 consecutive years, compared with the national average of 23 percent. In 2014, it was designated as the nation's first ecological civilization pilot zone.