Fujian to bolster transportation network in next five years 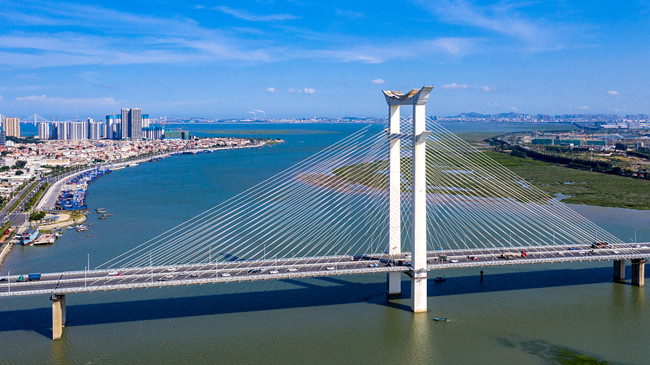 Fujian will enhance its transportation infrastructure sector during the 14th Five-Year Plan (2021-2025), with significant investment and progress expected to be made in the next five years, said the province's transportation authorities at a news conference on Jan 11.

More than 1,000 kilometers of expressways will be built, while nearly 3,000 km of national and provincial highways will be renovated or completed during this period. The annual container throughput of its ports is expected to exceed 20 million twenty-foot equivalent units (TEUs), while 500 billion yuan (&77.07 billion) will be invested in the construction of highways and waterways by 2025 .

Transportation authorities said that a "four vertical and nine horizontal" comprehensive expressway network will be built by 2025, ensuring that 85 percent of the province's towns and villages have easy access to expressways.

A total of 8,800 km of national and provincial highways above the national secondary level will be constructed in the province. Rural transportation networks will also be boosted during the period.

The province will construct four ports, each with an annual cargo throughput of 100 million metric tons, by 2025. It will also strive to build a travel system that limit commute times within cities to one hour, as well as travel times within city clusters to two hours.

The construction of international and national transportation hubs in Fuzhou, Quanzhou, and Xiamen will be accelerated this year, while key passenger terminals, including Xiamen Xiang'an Airport and Fuzhou Changle Airport, will be promoted. In addition, national logistics hubs in Fuzhou, Xiamen, Quanzhou, Sanming, and Pingtan will be built.