The province is believed to be the origin of the ancient Maritime Silk Road and the birthplace of Matsu, goddess of the sea in Chinese mythology.

The following is a recommended coastal tourist route that will allow visitors to soak in the beauty of the province.

Zhangzhou, a prefecture-level city in Fujian province, has been named a National Historical and Cultural City and was nominated as a National Civilized City. It is home to many must-visit tourist attractions, such as Tulou (earthen houses), which are widely scattered throughout Yongding county in Longyan and Nanjing county in Zhangzhou. 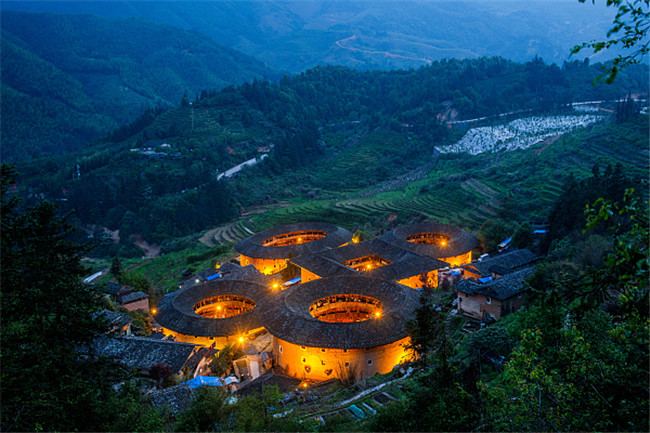 Tulou, or earth buildings, are the traditional dwellings of the Hakka people in southeastern Fujian. They date back to the 12th century. [Photo/VCG]