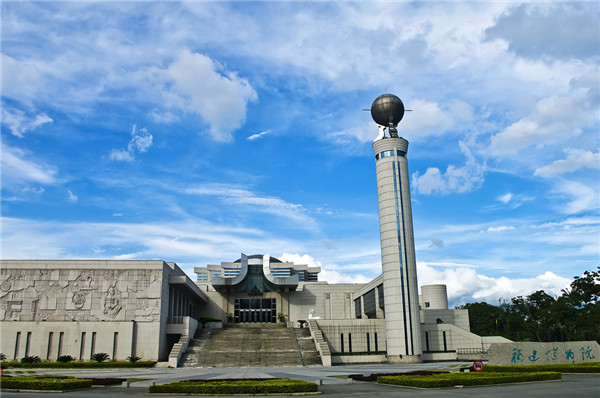 Fujian Museum was established in 1933. In 2002 the rebuilding project was completed and the museum was opened to the public again. Located in the West Lake Park in the capital city Fuzhou, the Fujian Museum is the province's largest comprehensive museum which houses nearly 280,000 artifacts and natural specimens.

The main building of the museum embodies the distinctive cultural elements of Fujian province: The style of the rooftops resembles those of the folk residence; a totem column signifies the embedded cultural values of the local people; the round building of the Nature Hall takes the form of the tulou building (earthen dwelling) of the local ethnic ke people.

The museum houses artworks and artifacts reflecting Fujian's history and culture in all respects, including stone carvings, wood carvings, lacquer ware, ceramics and items related to its five local operas. There are also traditional Chinese paintings and calligraphic works from the Tang (618-907) and Song (960-1279) dynasties till the present times. A special part of the museum lies in its Nature Hall where specimens of various animals ranging from dinosaurs from the Mesozoic Era to endangered living creatures are displayed. It is hoped that it will help raise people's awareness of the importance of ecological protection.

In addition to permanent exhibits, temporary exhibitions are frequently organized throughout the year, showing arts and cultures from not only China but also other parts of the world.

Closed Mondays (except for national holidays)