In recent years, Xiamen in East China's Fujian province has witnessed solid progress in the reform of digital industrialization and industrial digitization, making the digital economy a strong engine for the city's high-quality economic and social development.

Last year, the scale of the city's digital economy reached 425 billion yuan ($61.37 billion), accounting for 60.4 percent of its GDP, an increase of 16.4 percent year-on-year. From January to May this year, the software enterprises above designated size in Xiamen achieved total revenue of nearly 24 billion yuan, up 38 percent year-on-year, 6 percentage points higher than the city's growth rate target.

Moreover, the city's digital economy development index has reached 88.3 this year, ranking second in the province. It also ranked first in Fujian for two first-level indicators, according to the latest Fujian Provincial Digital Economy Development Index Evaluation Report. The report was released by the province's Economic Information Center.

Xiamen has issued a number of digital economy-related plans and policies in recent years, with nearly 200 million yuan of support funds disbursed annually. The funds have covered core areas of the new-generation information technology sector such as the metaverse and artificial intelligence.

For example, the city launched a three-year action plan for metaverse industrial development (2022-24) in the first half of this year. Based on the plan, a metaverse industry talent base was inaugurated on May 20 at the Xiamen Torch AI Professional Incubator, located in the first phase of the city's Software Park.

The talent base will focus on cutting-edge technologies such as extended reality, blockchain, AI, cloud computing and interactive techniques.

In May, Xiamen issued a series of key plans for establishing digital Xiamen.

The city will focus more on data collection, sharing, development and utilization this year. It will also prioritize the construction of the digital government, digital economy and digital society.

According to these plans, Xiamen will encourage companies in the digital economy to set up innovation platforms, and cultivate 30 city-level and provincial-level technology and engineering research centers. The city will also help at least 100 local companies become listed as provincial unicorn and gazelle enterprises.

The city also plans to build a greater digital infrastructure. By the end of this year, it is expected to have 10,000 newly established 5G base stations and 50 private 5G networks.

The promising prospect of the city's digital industry has attracted a number of projects to Xiamen.

In May, officials announced the construction of a digital industrial computing center, which is developed and built by Xiamen Torch Group.

The center, which will serve as an innovation base for Xiamen's digital industry, marks the first large heterogeneous computing center in Fujian and is the only industrial data center for the new industry in the province. 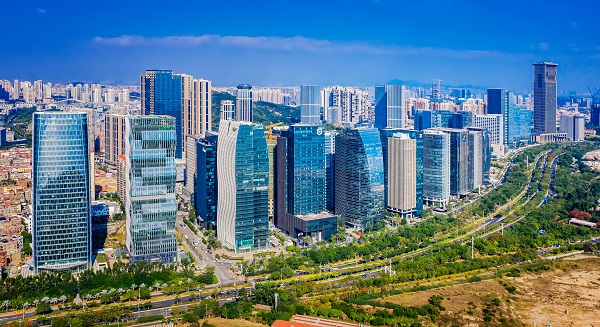