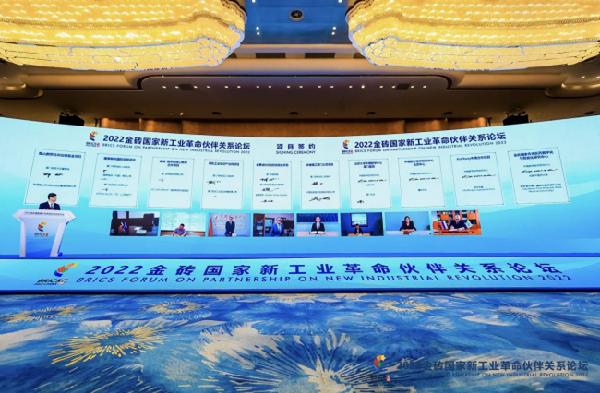 At the fourth BRICS Forum on Partnership on New Industrial Revolution held in Xiamen, Fujian province, on Wednesday, Xin Guobin, vice-minister of industry and information technology, said that embracing the New Industrial Revolution will inject strong impetus into the economic growth of countries around the globe and become a key driving force in the promotion of global economic recovery and sustainable development.

To seek sustainable development, Xin said China is willing to cooperate with other BRICS countries in fields including 5G, the industrial internet, big data, artificial intelligence and smart manufacturing.

In the next five years, the NDB aims to approve $30 billion in investment projects, increase its financing in local currencies and expand partnerships with more private players.

Zhou said 40 percent of the projects the NDB supports will go to climate change mitigation and adaptation, and none of these goals can be achieved without advanced, proven, smart and green technologies, which are key priorities of the New Industrial Revolution.

The moves are part of China's wider strategy to embrace opportunities presented by the New Industrial Revolution, with a key focus on applying digital technologies, promoting green and low-carbon transformation, industrial upgrading and sustainable development.