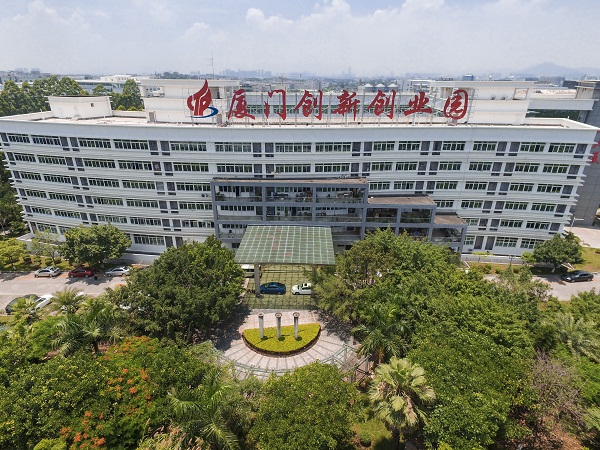 The Xiamen Hi-tech Innovation Center of the Xiamen Torch Development Zone for High Technology Industries has provided businesses with all-around services and favorable policies to counter the effects of the COVID-19 outbreak.

From January to July, the center welcomed 353 new businesses, up 125 percent year-on-year. Also, a total of 91 specialized and sophisticated small and medium-sized enterprises at national and provincial levels were established in the center.

During the period, the output value of industrial enterprises above a designated size－those with an annual income of more than 20 million yuan ($2.89 million)－in the center increased 11.3 percent year-on-year.

In early August, Xiamen was confronted with a wave of COVID-19 cases, which brought challenges to the city's businesses and operations. Despite the situation, the center used online platforms to ensure a continuous service for businesses.

"We were given a rent exemption from April to June, which saved a total of 24,000 yuan," said Wu Yibin, general manager of Liwu-tech, a company engaged in city infrastructure construction in the center.

During the outbreak of COVID-19, the development zone has quickly helped businesses in need, Wu said.

"We have been granted rent exemption twice during the pandemic," he added.

Liwu-tech has seen burgeoning development after its establishment at the center, Wu said.

The complete facilities, sound environment and services of the center have helped the company maintain upward development, he added. "Though affected by the COVID-19 pandemic, the company's business is generally on the right track," he said.

In April, the center rolled out a plan to exempt businesses from rent due to the COVID-19 pandemic.

According to the plan, small, micro and private businesses that rent the center's property are eligible to enjoy three to six months of rent exemption. As of July, the center had provided 413 enterprises with rent exemptions worth a total of 37.51 million yuan.

The services of the center have won much applause from businesses.

"The center's team is friendly and helpful, which helps us overcome difficulties efficiently and professionally," said Ke Yuren, chairman of Jetmold, a company engaged in engineering, technical research and testing.

According to Jetmold, with the help of the center, it won a bid for industrial land in Xiamen's Xiang'an district, at a total area of 10,113 square meters.

"We have been renting land for our plant, which cannot meet the requirements of intelligent production and limits our expanding production," Ke said.

"It is Jetmold's dream to build its own plant with modern industrial standards," he added.

According to Ke, some of Jetmold's customers are in Europe, which has a high requirement for production standards and product quality.

"Self-owned land for industrial use and an exclusive design requirement are necessary to build a high-standard industrial plant featuring automation," Ke said.

"We have discussed our vision and blueprint with the center, which approved of us and has helped us with practical actions," he added.

The plant project has acquired a land certificate and license of engineering construction, and construction is to start in October.

According to Ke, the construction of the plant will use the European Industry 4.0 standards for reference. It will be built into an intelligent manufacturing production base for molds, giving full play to its technological and manufacturing advantages and promoting the company's global business layout.

Other businesses in the center, such as intelligent visual software manufacturer Via and Xiamen SAN-U Optronics, have acquired land for industrial use within two months of their application thanks to similar support.

The center has closely communicated with businesses and assigned experts to provide guidance, services and to handle difficulties in applying for land. This helps ensure companies' construction and production, local officials said. 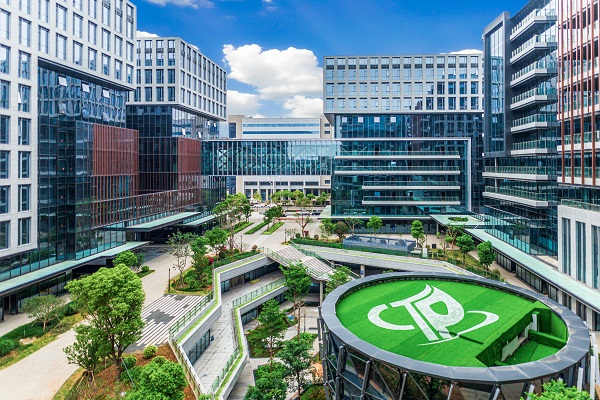 Xinke Square of the Xiamen Hi-tech Innovation Center is home to a slew of high-tech businesses. CHINA DAILY

Recently, the third phase of a high-tech business incubation facility in the center was completed.

The project, whose construction started in March, was completed a month ahead of schedule.

According to the center, the third phase includes five business-accelerator factories and a 7,850-sq-m basement. It will focus on serving photoelectric and integrated circuit manufacturing enterprises and aims to build a platform for entrepreneurship and innovation, create room for gathering industries, introduce talent and implement projects.

The center has attached importance to helping businesses in need. For example, it has received feedback from businesses at its Xinke Square. They said the location has sound commercial facilities but a lack of nearby public transport caused inconvenience. In response, the center conducted a tour inspection and proposed plans to communicate with more than 10 relevant departments, which finally helped to build a bus station at the square. In early August, the station was opened.

Guo Wenchen contributed to this story.