Two bases of the Xiamen Torch Development Zone for High Technology Industries were ranked among the national new-type industrial demonstration bases with quality development in 2021, according to a list recently released by the Ministry of Industry and Information Technology.

According to the ministry, the bases were evaluated in terms of their overall development and performance in fields including industrial strength, profits, green growth and integrated development.

From photoelectric displays to software, the industrial cluster has taken shape in the zone. They represent the zone's achievements and potential in digital economic development, local officials said.

Focusing on the digital economy, the zone has integrated advanced manufacturing and software information services in its development, becoming a force of digital economic growth in Xiamen, Fujian province.

It was granted a demonstration zone for entrepreneurship and innovation by the State Council. For six years, it has ranked the highest in overall development among its Fujian peers. Xiamen Software Park, administrated by the zone, was rated as a provincial-level demonstration park of the digital economy.

So far, the zone has built a complete digital economic industrial chain covering basic research to application and hardware to software.

Shitoucheng, a high-tech company engaged in the stone business, is one of the shining examples that practices digital development in the zone.

Located in the third phase of Xiamen Software Park, Shitoucheng trades stone through a digital system, which is the first of its kind in the industry.

The system can conduct real-time monitoring throughout the whole stone trade. It helps manage the life cycle of each piece of stone from quarrying, selling and being put to use.

Due to such issues, Shitoucheng has found a way to promote industrial transformation and upgrading based on digital technology, Wang said.

After years of development, Shitoucheng has developed from a stone trading platform to a business with a wholly digital industrial chain. The company has developed its enterprise resource planning system with a focus on promoting the intelligent construction of stone-processing plants. Moreover, it has expanded to logistics, building a platform for mobilizing logistical resources such as cargo drivers.

"The trade of one stone involves more than 700 procedures and requires the labor of more than 20 people. But digitalization helps increase trading efficiency, reduces labor costs and assists the industry's highly efficient and green development," Wang said.

The digitalization of industries also creates more opportunities in Xiamen, he added.

In 2020, Xiamen began its construction of the BRICS Partnership New Industrial Revolution Innovation Center. Official data showed that the coastal city contributes 30 percent to the import and export volume of stone between China and BRICS countries－Brazil, Russia, India, China and South Africa.

As one of the first batch of projects to sign agreements with the center, Shitoucheng has more than 1,000 suppliers trading stone with BRICS countries. The company said it is promoting the construction of a digital industrial park featuring BRICS stone businesses.

The park will use research institutes on intelligent development to help build a "lighthouse factory" in the stone industry, which will adopt digital methods from production and trade to logistics, according to the company. 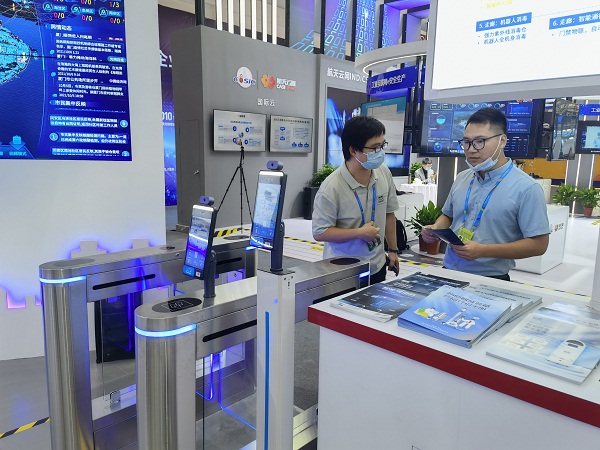