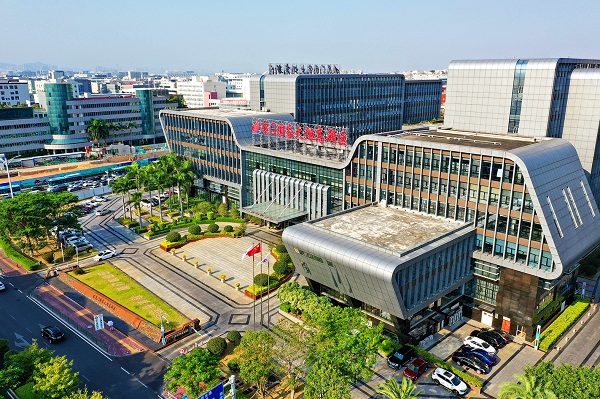 Since its establishment three decades ago, Xiamen Torch Development Zone for High Technology Industries in Fujian province has played a pivotal role in boosting China's reform and opening-up policy and sparked an innovation-driven path toward high-quality development in the region.

In 2021, the computer and communication equipment industry in the park achieved an output value of 100.66 billion yuan, a year-on-year increase of 15.1 percent, becoming another 100 billion yuan industrial chain among the five leading industries after the flat panel display, software and information service industries.

Four emerging industries including industrial internet, medicine and smart health, with a total industrial output value of more than 300 billion yuan, continue to thrive in the zone.

The zone aims to become an engine of scientific and technological innovation as well as a major force of investment promotion.

The park has gathered more than 200 high-quality leading and supporting enterprises such as United Semi, UNISOC, Sanan Semiconductor, covering chip design, materials and equipment and wafer manufacturing. More than 200 enterprises in the field of artificial intelligence have based their operations in the zone.

The zone insists on the implementation of the "multiple parks in one zone" model, and has built nine parks inside and outside the island. The development area has expanded from 0.7 square kilometers to 50.8 sq km, forming a good pattern and distinctive industries for the integrated development of the region.

In the northeastern part of Xiamen, after seven years of development and construction, the Tongxiang High-Tech City has become a new industrial hot spot, attracting a number of high-quality projects such as Tianma Microelectronics, Haichen New Energy, and Xiamen Times.

Xiamen Deep Blue Power Technology entered the internet of things professional incubator in Xiamen Innovation and Entrepreneurship Park of the torch zone in 2020.

"Thanks to the professional and meticulous service and perfect policy support of the platform, we have achieved rapid growth," said Wei Wenshen, CEO of the company.

As a national independent innovation demonstration zone, the zone has further improved the strong ecology created by innovation and entrepreneurship. A series of platform carriers have cultivated hotbeds for accelerating innovation and promoting new models.

As a core carrier for Xiamen to build a BRICS innovation base, the BRICS Future Innovation Park in the third phase of Xiamen Software Park has signed contracts for 24 projects since its official opening.

The main platform of the innovation base will focus on intelligent manufacturing and digital economy. Efforts will be made to create a number of demonstration projects such as technology incubation, public innovation platforms, financial services, and talent training and exchanges.

The influx of the digital economy has also opened a golden window for innovation and transcendence in the high-tech zone.

Under the guidance of the digital Fujian development strategy, the high-tech zone has persistently promoted the digital economy, optimized the gradient cultivation mechanism, implemented policies by category, and provided support in terms of carriers, technology, funds and talents to create a "running grassland suitable for unicorn and gazelle enterprises".

At the beginning of last year, the Xiamen city Party committee and government issued the Opinions on Promoting the High-Quality Development of Xiamen Torch High-Tech Zone to further boost the sustainable growth of the zone. The high-tech zone will build itself into an influential first-class science and technology park in the Asia-Pacific region and a demonstration area for the cooperation and exchanges of BRICS by 2035. 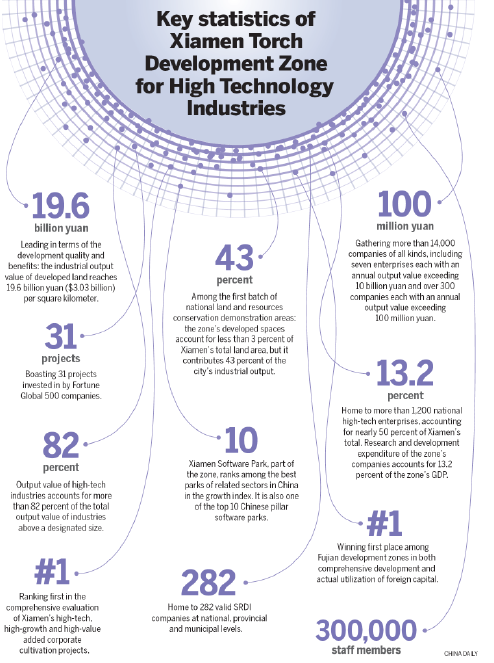