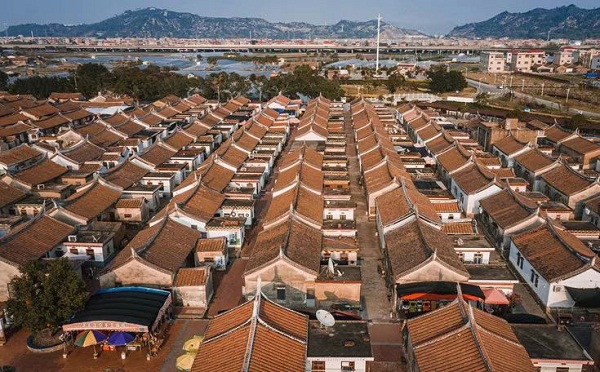 Daimei village, known as the "water palace" in Zhangzhou, Fujian province, attracts a lot of tourists looking for a Shangri-La land of peace.

The village features a big architectural complex surrounded by waters on four sides. About 300 families live in identical red-brick houses, with narrow paths arranged like a neat checkerboard.

Locals have been living a quiet and peaceful life since the Ming Dynasty (1368-1644) and the harmonious relations between people and the slow pace of life have been passed down through generations.

Ancient Chinese preferred buildings surrounded by water, due in part to their appreciation of aesthetic form and function in water usage and firefighting. Before the 21st century, the village was barely known, until a photographer made it public.