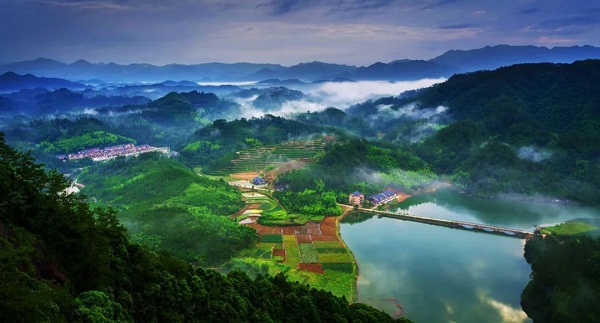 Nanping, located in the northern part of Fujian province, boasts rich mountainous resources and is home to various tourist spots such as Mount Wuyi.

In October 2011, Nanping was awarded the "national eco-friendly model area" by the Ministry of Ecology and Environment, becoming the only national level ecological demonstration city in the province.

Nanping has been stepping up its efforts to utilize its abundant resources for sustainable development. It has developed an integrated technology model for reducing the need for land, water, fertilizer, drugs, and other resources in order to build ecological circular agriculture, which has started a new trend in agricultural economic development.

In addition, Nanping sticks to eco-friendly development projects to protect its environment.

As a result, Nanping's advantageous ecological environment has attracted a slew of renowned companies that adhere to green development, including Nongfu Spring, Power Dekor, and Bama Tea, which cover food, bamboo processing, electronics, tourism, and healthcare.

Over the past decade, Nanping's forest coverage increased from 71.14 percent in 2012 to 78.89 percent in 2021 and its air quality has ranked first in the province for seven consecutive years. In addition, Mount Wuyi was officially nominated as one of the first five national parks on Oct 12, 2021.

Nanping also boasts a tea planation. Over the past decade, it has attracted tea-related food and beverage companies with high added values to develop fine tea culture items and promote the integration of tea culture, industry, and technology.

To date, the output value of the whole industry chain of the tea industry reached 35 billion yuan ($5.16 billion), and the brand value of Wuyi rock tea ranked second in China's tea industry for five consecutive years.

Over the past decade, Nanping's gross domestic product (GDP) exceeded 200 billion yuan, and the per capita disposable income of urban residents and rural residents increased 8.5 percent and 10 percent annually, both higher than the national and provincial averages. 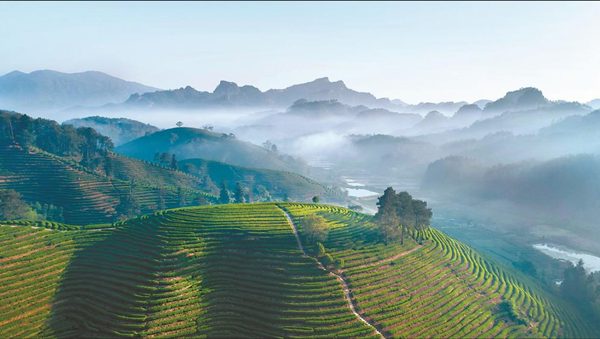