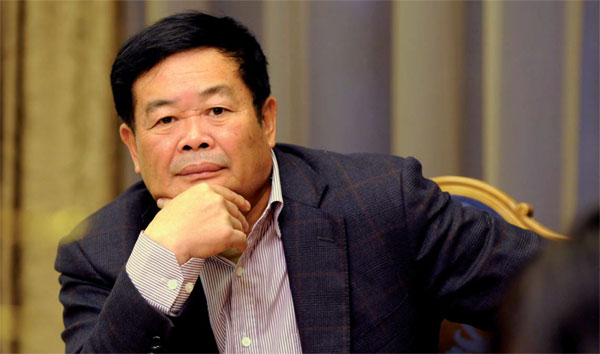 A message released on the foundation's website reported that the first meeting of the third board of directors and supervisors of the foundation was held recently in Fuqing, Fujian province. The spending plan for public welfare and charity projects this year and the future project allocation plan was passed at this meeting, reserving sufficient funds for the establishment of the university.

The directors and supervisors of the foundation decided on a preliminary building program for the university, which they say represents a new way of running a public university. They proposed its establishment on the basis of being "high level, small scale, application-oriented, international and market-oriented".

As the sponsor of the university, the Heren Charitable Foundation will provide continuous financial support and guarantee construction and development. It is also responsible for determining the number and personnel composition of the college board. In addition, the foundation will help the university carry out cooperative research and joint education programs with first-class domestic and international universities.

The purpose of the university is to train talent in applied science and technical skills for China's real economy, as well as to help develop the advanced manufacturing industry. Its future vision is to become the cradle of college engineers in China' new era.

The university is to be located on Liuzhou Island, Nanyu, in Fuzhou's high-tech zone in Fujian province.

Cao and his wife announced together in May 2011 that they would donate 300 million shares of Fuyao Group to the charitable foundation. That represents a market value of 3.5 billion yuan. The foundation became the first nonpublic charitable foundation approved by the State Council. The donation direction comprises education, poverty alleviation, environmental protection and other fields.

Sun Siyan in Beijing contributed to this story.