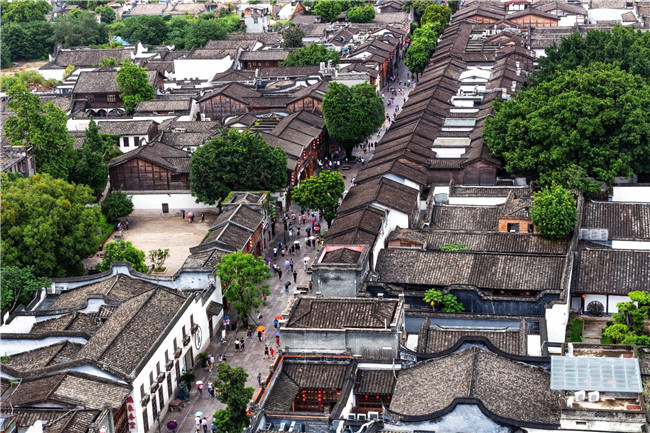 The Three Lanes and Seven Alleys in Fuzhou, capital of Fujian province, received 887,200 tourists during the May Day holiday, up 275.3 percent year-on-year. [Photo/IC]

East China's Fujian province witnessed a robust recovery in its tourism industry during the May Day holiday, which lasted from May 1 to 5, according to local authorities.

Statistics from the China Tourism Academy show that the net inflow of tourists into Fujian ranked fifth nationwide, and Xiamen ranked seventh among the most popular tourist destinations in China during the five-day holiday.

Four scenic spots monitored by the department received 323,400 visitors during the five-day holiday, a year-on-year increase of 169.04 percent, while Xiamen Horticulture Expo Garden received 310,700 tourists during the period, up 114.44 percent compared with the same period in 2019, according to statistics released by the Fujian Provincial Department of Culture and Tourism.

Local authorities said that the province's tourism market enjoyed a strong recovery during the holiday, with a string of characteristic cultural and tourism activities launched to enrich its tourism offerings. 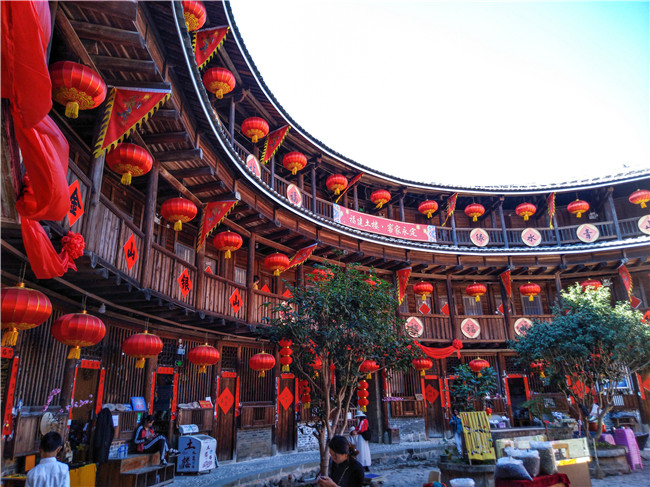 Yongding Tulou, highlighting a group of well-preserved tulou situated in Hukeng village, Hukeng town in Yongding, is listed as a national 5A attraction, the highest level in China. [Photo/IC]

Rural tourism has been booming in recent years in Fujian. A fantastic kite festival was held in Zherong county in Ningde, while a special show to display the intangible cultural heritage items of the Hakka ethnic group was launched in the oldest circular Tulou in Yongding district in Longyan, all of which have helped inject new vitality to accelerate the province's rural revitalization efforts.