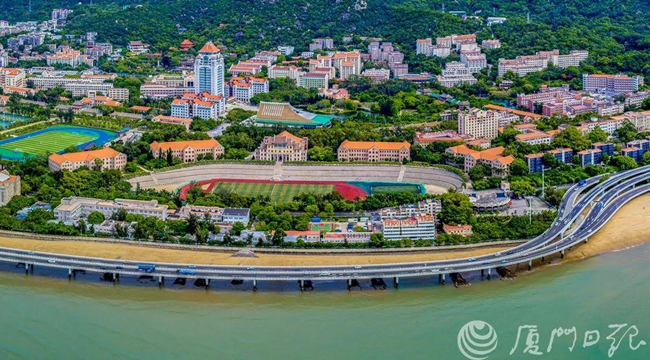 Xiamen University, based in the coastal city of Xiamen, East China's Fujian province, celebrated its 100th birthday anniversary on April 6.

The university was founded by Tan Kah Kee in 1921, making it the first Chinese university to be founded by an overseas Chinese national. It has since cultivated more than 400,000 graduates over the past 100 years.

Xiamen University has long been listed among China's leading universities on the national 211 Project and 985 Project, as well as one of the country's 42 universities and colleges that will be developed into first-class educational institutions. Xiamen University's Malaysia Campus is the first overseas branch campus established by a prestigious Chinese university.

Situated in the area of the Chinese mainland that lies nearest to Taiwan, Xiamen University has actively carried out cooperation and exchanges with Taiwan, establishing close cooperative ties with 34 Taiwan universities and colleges.

Xiamen University will further promote exchanges and cooperation between people from both sides of the Taiwan Straits, according to Zhang Rong, president of the university.

Zhang added that the university will continue to promote international development and build itself into a world-class university.