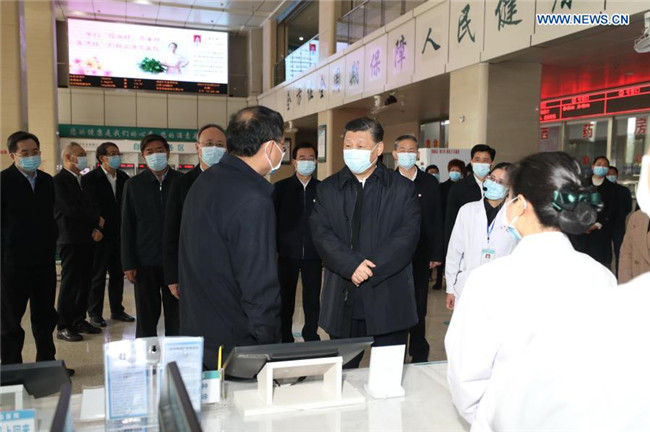 President Xi Jinping, also general secretary of the Communist Party of China Central Committee and chairman of the Central Military Commission, learns about the reform of local medical and healthcare system at Shaxian General Hospital in Shaxian district of Sanming city, Fujian province, on March 23, 2021. [Photo/Xinhua]

FUZHOU -- Xi Jinping, general secretary of the Communist Party of China Central Committee, on Tuesday said that health is the most important indicator of people's happiness.

Xi made the remarks when visiting a local hospital in the city of Sanming, East China's Fujian province.

Noting the continuous progress in public health since the founding of the People's Republic of China in 1949, Xi said China is now on a par with some developed countries in terms of average life expectancy.

But he pointed out that the development of medical services remains uneven between regions.

During the 14th Five-Year Plan period (2021-2025), efforts should be made to put people and their lives first, continue to deepen the reform of the medical and health system, increase medical resources and optimize their distribution, so that people don't have to travel far to have their illness treated, according to Xi.