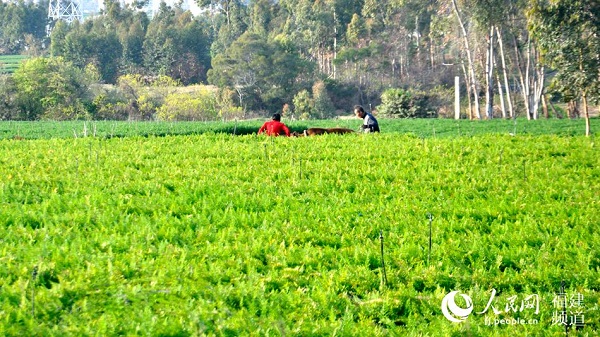 Jinjiang, Quanzhou, East China's Fujian province, was recently included on the national list for promoting the high-quality development of rural industries. It was the only city in Fujian to win the honor, local news reported on March 5.

In recent years, Jinjiang has been focusing on rural entrepreneurship and innovation. Efforts have been made to nurture new drivers of high-quality development in rural areas, which have contributed to rural vitalization in Jinjiang.

In addition, 10 million yuan ($1.54 million) in funds have been set up to encourage the innovative development of the agricultural sector last year, with a total of 38 rural entrepreneurship and innovation teams and 50 large-scale farms being established in Jinjiang. Official data show that the per capita disposable income of rural residents in the city was 28,700 yuan in 2020, growing 9.2 percent year-on-year.

Jinjiang also focused on setting up platforms for entrepreneurship and innovation in rural areas. Currently, the city is home to nine maker spaces and technology business incubators.

Jinjiang also signed cooperative agreements with colleges and universities to enhance entrepreneurship and innovation in rural areas, promote the high-quality development of modern agriculture, and cultivate more high-level talent to accelerate agricultural research and development. Supporting measures have also been released to encourage startups and innovation across the city.