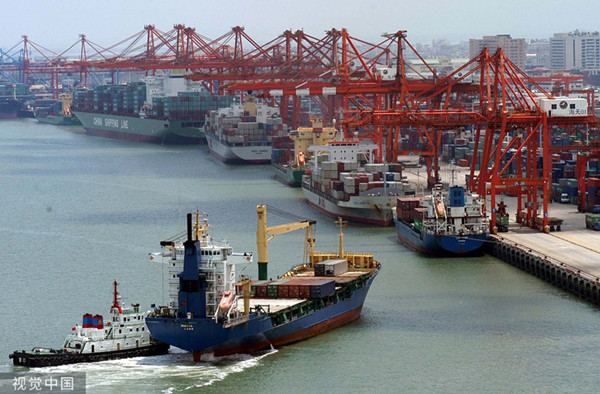 East China's Fujian province outlined development goals for its coastal ports for the period from 2020 to 2035, according to a local news report on Feb 3.

According to the outline, Xiamen Port will accelerate its pace of internationalization and seek to play a leading role in strengthening the general competitiveness of Fujian's ports.

In recent years, Xiamen Port has been ramping up efforts to enhance its international competitiveness and is building itself into an important hub for the country's integrated transport system, a key port for deepening exchange and cooperation between Fujian and Taiwan, and an important part of the 21st Century Maritime Silk Road and Silk Road Economic Belt.

According to statistics released by the city's customs authorities, the container throughput of Xiamen Port exceeded 11.4 million twenty-foot equivalent units (TEUs) in 2020, growing by 2.54 percent year-on-year, while its cargo throughput hit 207 million metric tons during the same period.

The outline also stated that Xiamen will further integrate its resources and develop its port-vicinity and modern shipping service industries. By 2035, the cargo throughput of Xiamen Port is expected to exceed 300 million tons and the container throughput to exceed 20 million TEUs.