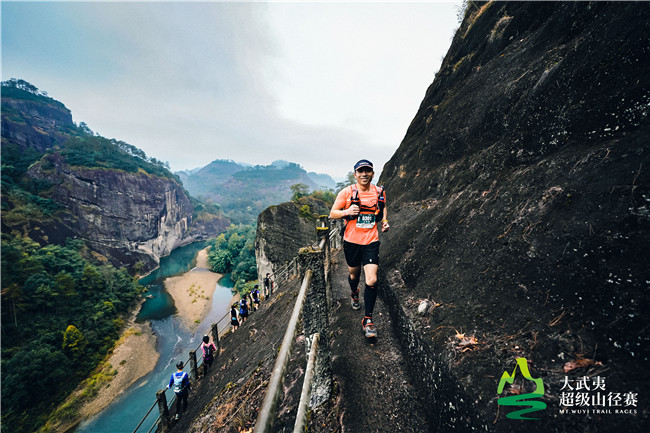 Runners participate in the mountain trail race held at Wuyi Mountain in East China's Fujian province on Nov 21 to 22. [Photo provided to chinadaily.com.cn]

A mountain trail race was held at Wuyi Mountain in East China's Fujian province from Nov 21 to 22. The event gathered more than 2,700 runners from 29 cities and regions.

Wuyi Mountain, a UNESCO Natural and Cultural Heritage site, was the southern starting point of an ancient tea road that stretched about 13,000 kilometers to Russia.

The organizing committee said that the event was held to promote traditional Chinese culture and the charm of Wuyi Mountain. This year's race route connected the core scenic spots of the mountain, such as the Jiuqu Stream and Tianyou Peak, offering runners a chance to appreciate the beauty of the mountain that is renowned for its pristine environment and rich biodiversity.

The race featured four categories: 105 kilometer run, 60 kmn, 35 km and 16 km. Traditional Chinese culture was also highlighted during the event through Peking Opera performances and a showcase of hanfu, a traditional clothing of the Han ethnic group.

"The charming scenery of the Mountain lets us escape the hustle and bustle of urban life. The mountain resonates with the sound of birds twittering and brooks babbling as you walk along footpaths," said a runner.