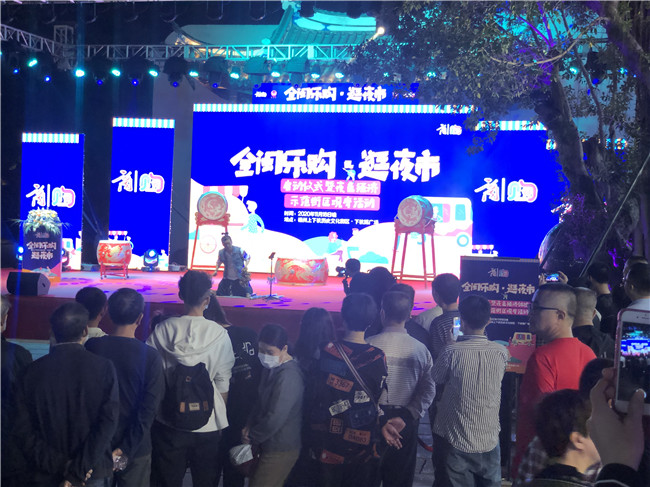 Fujian launches a special shopping event to boost the development of its night economy on Nov 18. [Photo by Hu Meidong/chinadaily.com.cn]

The event is an important part of the shopping gala named "Happy Shopping in Fujian", which was attended by a large number of well-known e-commerce platforms such as e-commerce giant Alibaba.

Authorities said that merchants in the province will carry out an array of special activities to spur spending and resuscitate the economy, including handing out shopping coupons and offering special discounts.

Statistics from the provincial commerce department show that the "Happy Shopping in Fujian" shopping gala, which will run from August 2020 to March 2021, has helped drive the province's consumption market, which raked in more than 1.5 trillion yuan ($228 billion) in retail sales of consumers goods from January to October, 3.8 percentage points higher than the national average. Fujian's online retail sales during the same period increased by 24.1 percent year-on-year, 17.4 percentage points higher than the national average.

Wu Nanxiang, head of the provincial commerce department, said that the province has rolled out a series of activities to bolster the recovery of its consumption market and local economy.