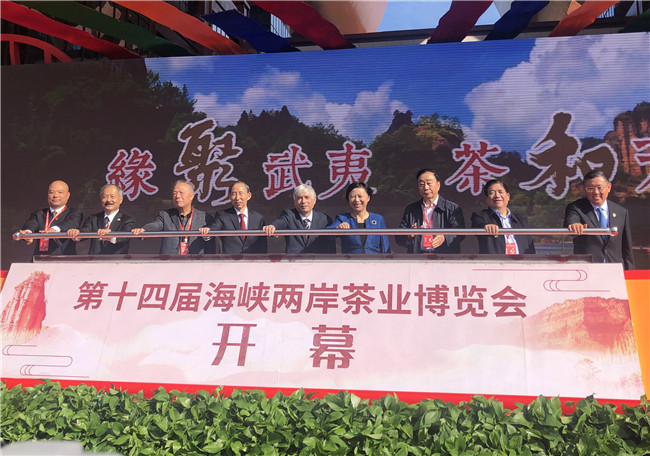 The event is aimed at enhancing cross-Straits communication and cooperation in the tea industry between the Chinese mainland and Taiwan.

A series of activities will be held during the expo, including a vocational skills competition for tea processing, an eco-food expo and a brand promotion event, according to Yuan Yi, Party secretary of Nanping city.

Yuan added that this year's event will be held both online and offline, and more than 8,000 purchasers from home and abroad will take part in the online event.

Wuyishan city in Nanping is named after the Wuyi Mountains where the region's famous dahongpao rock tea originated. It is also the birthplace of oolong tea and black tea. The Wuyi Mountains were the southern starting point of an ancient tea road that stretched about 13,000 kilometers to Russia.

In order to bring prosperity to the entire tea industrial chain and improve core competitiveness of its tea industry, Wuyishan city has beefed up efforts to promote the quality development of the industry in recent years. According to the local government, the city will cultivate more than 100 tea enterprises above designated scale by 2022, in turn generating an output value of 10 billion yuan ($1.52 billion).