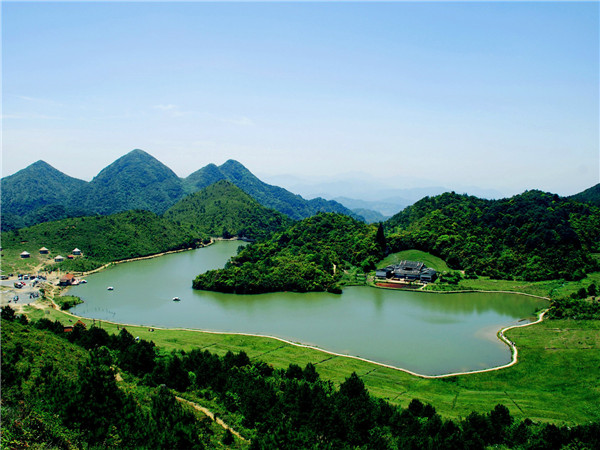 Sanming in East China's Fujian province is greening up all the time. It has seen a great deal of progress in its ecologically and environmental protection over the past years. [Photo/sm.gov.cn]

Sanming - located in East China's Fujian province - has achieved remarkable progress in its green development and in its evolution into an ecologically minded society in recent years, making it the greenest city across the country, according to local officials.

Statistics from the city's forestry bureau show that as of the end of 2019, Sanming's forest area was 28.5 million mu, equivalent to 1.9 million hectares, accounting for 82.7 percent of the city's total land area and its forest coverage rate reached 78.73 percent, the highest in the country.

The quality of air in the city has met or surpassed the national secondary standard over the past eight years and the water quality of the river across the city's main tributaries last year stood above grade III, the third highest in the country's five-tier water quality system. 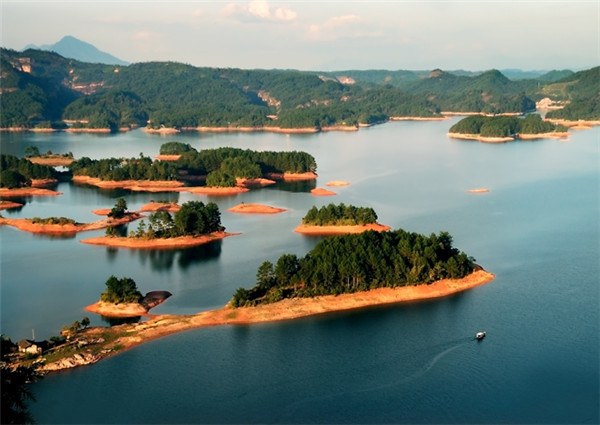 According to statistics, the city's stock of forest has reached 182 million cubic meters. The concentration of negative oxygen ions averages at 1,500 per cubic meter, which is 3.4 times the national average and the highest in Fujian province.

Sanming's system of forestry carbon-sequestration - where carbon dioxide is removed from the atmosphere and held in solid or liquid form - has reached 9.6 million metric tons per year.

In addition, the city boasts rich biodiversity and is now home to 2,843 higher plant species and 594 vertebrate species, including 45 national key protected wild plants such as the Southern Chinese yew. 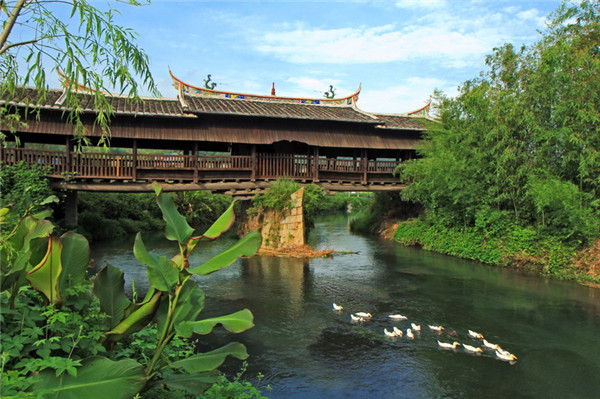 The output value of Sanming's forestry industry in 2019 was 114.6 billion yuan ($16.11 billion), which made it a pillar sector for the local economy, acting as a main source of revenue and employment, as well as a major way to increase farmers' incomes.

Sanming is now home to 454 forestry enterprises above a designated size - with annual revenue of 20 million yuan or more - including nine national and 45 provincial industrial leaders, as well as three listed ones. Currently, its forest products industry has become the city's largest industrial cluster.

Relying on its rich forest and water resources, the city is now beefing up its efforts to accelerate the development of ecological industrialization.

The aim is to set up industrial bases for health care and recreation and promote the development of some new business types in such areas as entertainment, tourism, sightseeing, cultural, sports and health care.