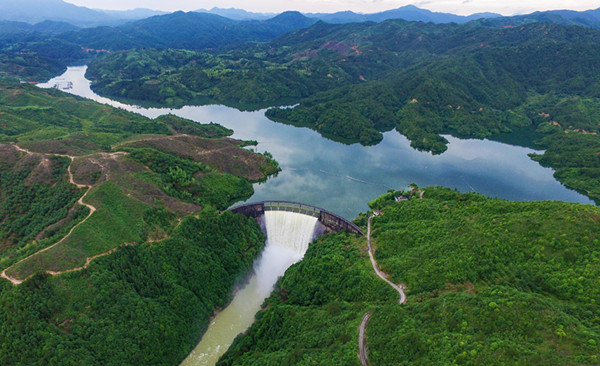 A total of six poverty-stricken county-level regions in East China's Fujian province have been removed from the country's list of impoverished counties, including the remote Zhenghe county, according to an announcement issued by the provincial government on May 12.

Zhenghe county is located in Nanping city on the border between northern Fujian and southern Zhejiang, and is one of the 23 key poverty-alleviation areas in Fujian. With support from the provincial government, China's Industrial Bank began cooperating with the local government in 2012 to help the poverty-stricken area.

Over the past eight years, both parties have been making concerted efforts to implement targeted poverty alleviation policies and help impoverished households out of poverty.

The bank has taken multiple measures to support rural industries and improve education in Zhenghe, and has continuously carried out financial poverty alleviation work, providing capital, technological, and talent support.

Statistics show that the bank has donated more than 41.5 million yuan ($5.85 million) to the county for infrastructure construction and poverty alleviation.

In addition, in order to promote its unique agricultural products, the county has developed e-commerce platforms and established e-commerce logistics service sites with assistance from the bank.

The poverty alleviation efforts of the Industrial Bank have been praised by the local government, and the bank's authorities have said that they will continue to carry out poverty alleviation measures to prevent people from falling back into poverty.