A sea of possibility 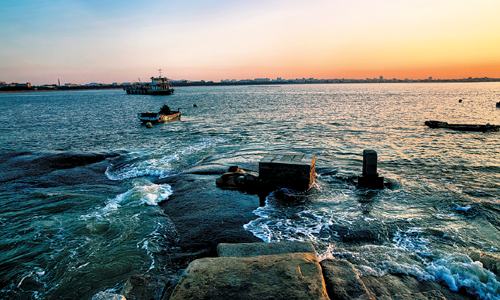 Shihu Dock, Quanzhou, Fujian province, a witness to the once prosperous maritime trade of the city. [Photo by Cheng Dongdong for China Daily]

The legacy of Quanzhou, Fujian province, now recognized by UNESCO as a World Heritage, testifies to how authorities and society together established a commercial maritime hub, Wang Kaihao reports.

It is said that Jiuri Mountain was where the early immigrants in the third century from North China to Quanzhou, Fujian province, climbed and, facing north, were overcome by nostalgia as they gazed in the direction of their war-torn home.

But times change, and centuries later, their descendants, during the Song Dynasty (960-1279), went to the mountain summit but this time their gaze was in the opposite direction.

Their focus was on the ocean and the dreams it inspired. They prayed for a propitious wind, and wished for safe passage for the merchant ships, which secured the harbor city's prosperity.