A place at home with history 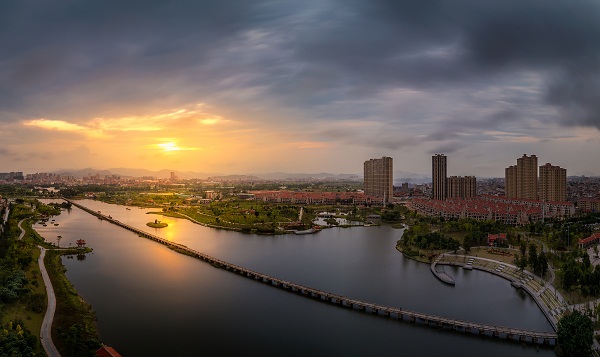 An aerial view of the Anping Bridge, once a lifeline in Quanzhou's transport network centuries ago. [Photo by Song Qi For China Daily]

Buddhist pilgrims and visitors bring hustle and bustle to this famed temple in the historical quarter of Quanzhou, Fujian province.

As one of 22 monuments included in the "Quanzhou: Emporium of the World in Song-Yuan China", Kaiyuan Temple is part of the city's recently gained UNESCO World Heritage status. But it has always been a top attraction for visitors to Quanzhou.

First built in 686, the biggest Buddhist temple in Fujian was given its current name in 738 during the Kaiyuan era (713-741), in the first half of the reign of Emperor Xuanzong of the Tang Dynasty (618-907). The era witnessed the dynasty's pinnacle and many temples around China were bestowed with the same name to mark that prosperous time. But the one in Quanzhou is arguably the most famous.

In the eyes of locals, its psychological significance is exceptional. The 40-odd-meter-high twin stone towers from the Song Dynasty (960-1279) stand sentinel-like above the ancient city's skyline. They ubiquitously appear on posters promoting Quanzhou as the most conspicuous landmarks of the city and are symbols of nostalgia for those far from home.

The main hall architecture demands attention for its splendor. It is not only the exquisite colorful decorations on the roof, but also the 24 sets of wooden buttresses, in the shape of flying Buddhist deities, supporting that roof.

Without the guidance of Shi Deyuan, a monk in charge of conservation and receiving visitors in the temple, one may easily walk by the stone base of the main hall without paying it much attention.