A news conference on the 22nd China International Fair for Investment – or CIFIT – was held on Sept 6 in Xiamen city, East China's Fujian province, during which the upcoming event was fulsomely praised for its international stature and dynamic influence. 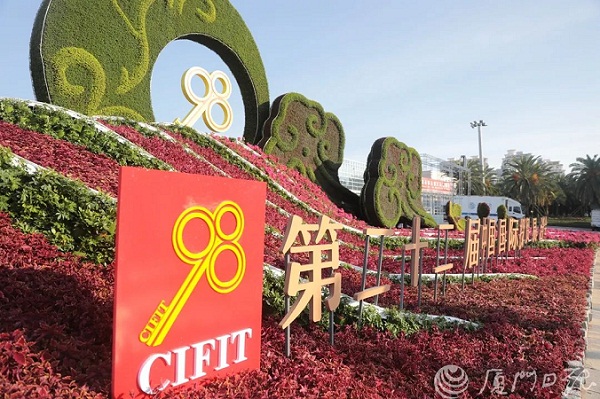 The 22nd China International Fair for Investment will be held in Xiamen on Sept 8-11. [Photo/Xiamen Daily]

This year's CIFIT will be held in Xiamen on Sept 8-11, with the Republic of Korea or ROK attending as guest country of honor and the city of Chongqing in Southwest China as guest city of honor.

"As a national platform to promote investment, CIFIT has developed into an internationally influential event," said Li Yong, deputy director of the Investment Promotion Agency at the Ministry of Commerce.

"This year, there will be 41 important meetings and forums, including the BRICS Sustainable Investment Forum and the RCEP International Cooperation Forum," Li added. RCEP is the acronym for the Regional Comprehensive Economic Partnership accord, a huge new Asia-Pacific trading club introduced earlier this year – with China as a member – which will see tariffs and taxes between partner countries shrink dramatically.

Among those expected to participate in the event are representatives from the United Nations Industrial Development Organization or UNIDO, embassies and consulates, business associations and investment promotion agencies from 48 countries and regions – including the ROK and Japan – as well as 26 Chinese provinces, autonomous regions and municipalities. 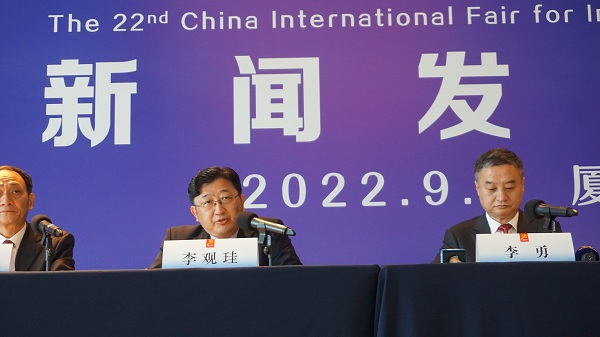 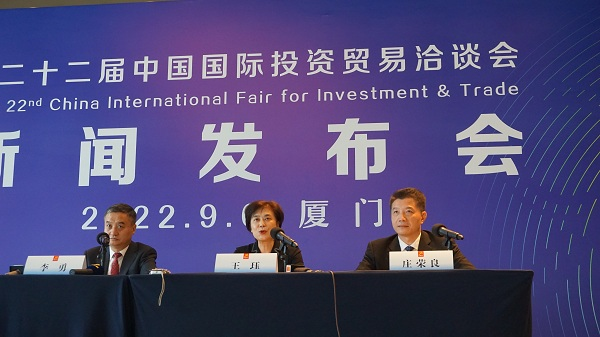 Wang Jue (M), deputy director of the Chongqing Commission of Commerce, says her people have great expectations of this year's CIFIT. [Photo by Jin Yongxue/chinadaily.com.cn]

A top Chongqing official said the city had big hopes for the upcoming event. "As an open city, Chongqing attaches great importance to CIFIT," said Wang Jue, deputy director of the Chongqing Commission of Commerce.

"We'll fully display the achievements Chongqing has made, promote the city with themed activities and attract investment and talent," Wang added.