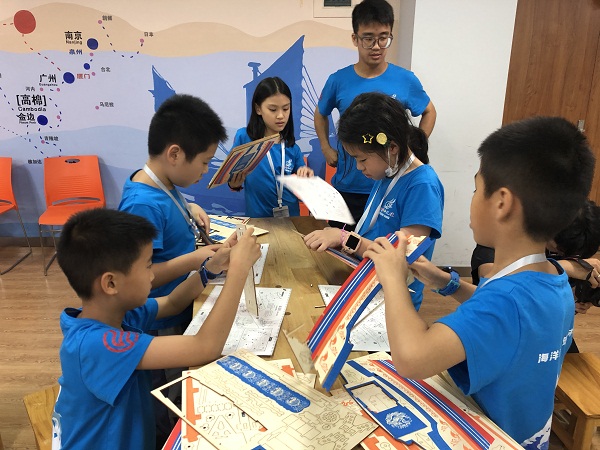 Jimei district in the city of Xiamen, Fujian province, has made notable achievements in boosting integrated development as a legion of startups and entrepreneurs from Taiwan region settled there.

Jimei has solid foundations and remarkable advantages in cross-Straits integrated development as it is home to two national-level zones for Taiwan-funded investment that were built in 1989 and 1992 respectively, local officials said.

In 2019, Jimei district was designated as a pilot zone for Fujian's reforms in cross-Straits integrated development. Since then, the district has rolled out a slew of policies to improve its business environment and build itself into the "first stop" for Taiwan-funded enterprises on the Chinese mainland.

Taiwan residents can enjoy multiple benefits in the district covering education, housing and employment. Official data showed that the district has provided 535 people from Taiwan with apartments and issued subsidies of 3.5 million yuan ($521,000) to talented workers from Taiwan.

Jimei also set up a special service station for people from Taiwan in the district administrative service center, while opening a "green channel" to offer efficient tax services.

A young entrepreneur from Taiwan said he decided to start his business in Jimei after visiting many cities around China.

"I received customized guidance and lots of care from Jimei's Jurongyijia Taiwan youth innovation and entrepreneurship base. Thanks to that, I am more confident about my future," the businessman said.

Last year, the number of Taiwan-funded enterprises in Jimei reached 1,054 and more than half of them were startups launched by youths.

To ensure the stable and sound development of startups, Jimei has been committed to innovation and continues to enhance its services.

In April, the first alliance to help Taiwan-funded businesses go public in Chinese mainland stock markets was launched in the district.

"We were very glad to hear that. The alliance's services are just what we need," said Zou Chaosheng, head of the Jimei-based tech company Winjoin, which started trading in the over-the-counter market in 2016. An OTC market is where participants trade stocks, commodities, currencies or other instruments directly and without a central exchange or broker.

Zou added that the company received great support from local tax authorities when preparing for the OTC market.

"We have been given tax cuts of more than 2.7 million yuan since 2020. These enabled us to get through the COVID-19 outbreaks," Zou said.

Jimei has held an array of cultural and festive activities over the past few years to increase people-to-people exchanges and push forward integrated development.

During the "peace angel" cross-Straits exchange event that concluded in Jimei recently, 30 primary school students from Taiwan and the Chinese mainland explored maritime culture together by visiting museums and ocean science parks.

The event was designed to raise the children's awareness of the close connections between the two as well as cultivate team spirit and friendship, Zheng Ping, vice-chairman of the All-China Federation of Taiwan Compatriots, said at the opening ceremony.

Since 2006, Jimei has hosted the cross-Straits dragon boat race annually to mark Dragon Boat Festival, which falls on the fifth day of the fifth lunar month.

A total of 41 teams and some 1,000 players across the Taiwan Straits attended this year's competition. Meanwhile, a variety of celebrations were launched including a poetry festival, a traditional handicraft fair and several cultural forums.