Taekwondo comes to Fuzhou from Taiwan 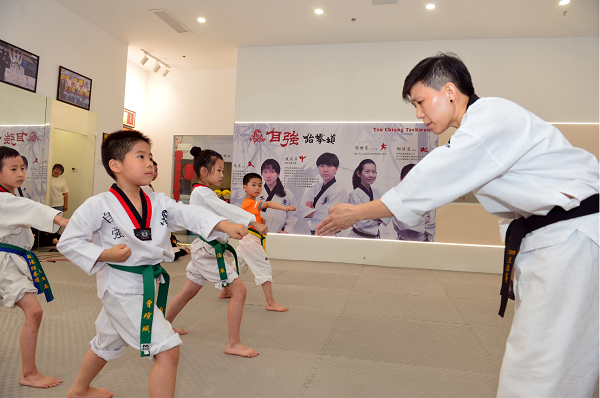 After she was named "Model of Young Entrepreneurs in Fuzhou" in May, Chen Yanting felt a greater sense of responsibility to do more to promote cross-Straits exchanges.

The 34-year-old Taekwondo coach from Taiwan started her gymnasium in Fuzhou, Fujian province, in 2018.

"When I was invited to the city for an interchange activity in June 2017, I found there was a broad market for Taekwondo and good prospects for its development," she said. "Two months later, I came to Fuzhou again, together with 20 of my students, to join in another cultural activity."

During the activity, the Taekwondo performed by Chen's students won cheers and warm applause from the audience.

"After the performance, I was surrounded by some children's parents," she said. "They thought I was a local coach and asked how to join in my course."

"Before that, I had planned to open my own Taekwondo gymnasium in Taiwan, but had made little progress due to fierce business competition," she said. "The trip to Fuzhou gave me the idea of seeking development opportunities in the city."