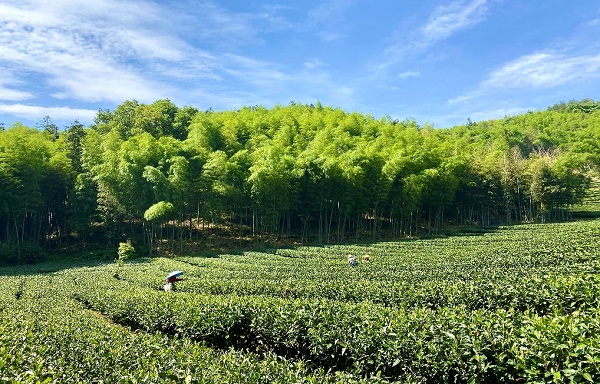 Zhenghe county, a once poor county nestled deep in the mountainous area of Fujian's Nanping, has achieved steady economic development over the past five years by bolstering its tea industry with technology, culture and industrial chain integration.

At the Bailuke Ecological Tea Garden Demonstration Base in Dahong village, Tieshan town, more than 66.67 hectares of Zhenghe White Tea is growing under the "care" of intelligent devices. 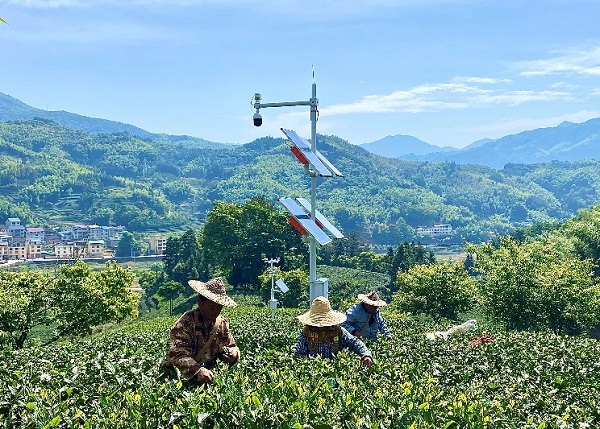 "Tea farmers, tea enterprises and experts need to utilize data in their work. For example, during the withering process of tea production, temperature and humidity should be controlled in time. It is all scientifically managed according to data," said Yang Wufei, deputy chief of Tieshan town and the person in charge of the Tieshan tea industry. 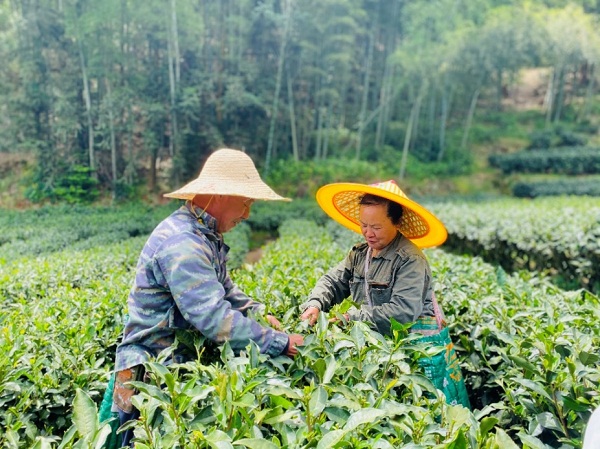 A couple of tea farmers, Tang Shiming and Huang Funv, plant about 0.33 hectares of tea at the Bailuke Ecological Tea Garden Demonstration Base, which brings them 35,000 yuan in tea income each year. [Photo provided to chinadaily.com.cn]

To boost its tea industry, the county has carried out and promoted its traditional tea culture through measures like compiling and publishing books on the origin, development and production techniques of Zhenghe White Tea, constructing the China White Tea Museum, and hosting the 1st China White Tea Conference.

Apart from improving the production techniques of Zhenghe White Tea, Yang attaches great importance to the integrated development of white tea and the local history and culture. He established the Longhe Tea Academy in 2015, which is a comprehensive tea culture communication organization that provides tourism experiences, scientific research practice, and tea-making skills trainings. 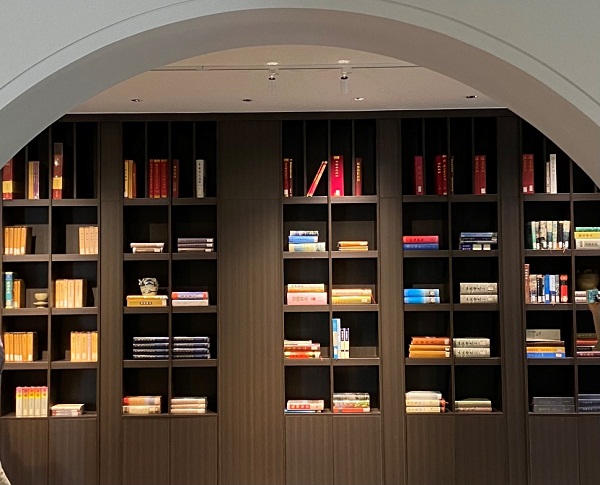 The Longhe Tea Academy contains many books about tea culture and history. [Photo provided to chinadaily.com.cn]

To maximize the economic impact of Zhenghe White Tea, the county has encouraged the integration of tea and tourism, tea and bamboo, and tea and wine into the industrial chain.

For three years in a row, Zhenghe county has been named one of the "top 100 tea counties" in China. It will continue to promote tea culture, build the tea industry, advance tea technology, and aim for a total production value of 10 billion yuan for the entire tea industrial chain by 2025.