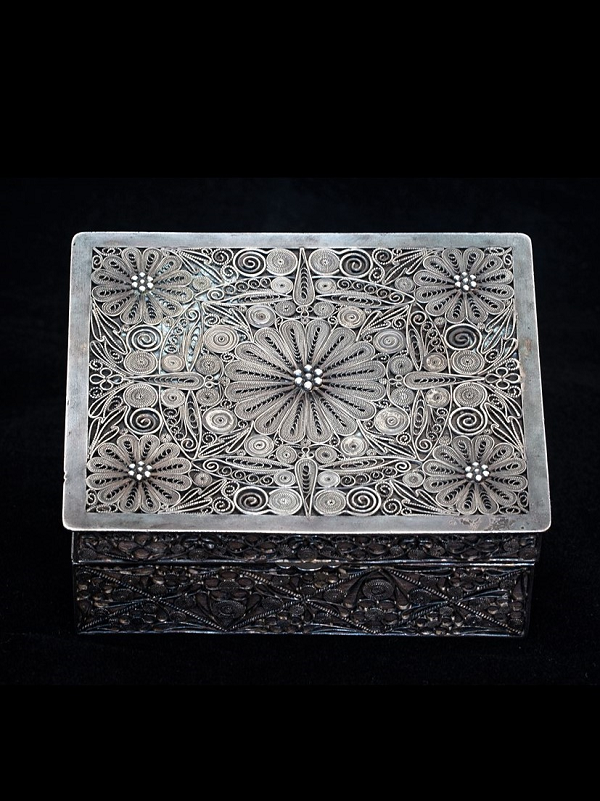 A flower pattern adorns a silver box from the Qing Dynasty (1644-1911). It is on display at the Putian Museum. [Photo by Huang Liyong/For chinadaily.com.cn]

The people of Putian, Fujian province, have maintained a tradition of processing gold and silver since ancient times.

During the Jiajing emperor's reign in the Ming Dynasty (1368-1644), gold and silver craftsmen from Putian were recognized by the Imperial Court.

Cuojinyin — the Chinese term for techniques used to inlay gold and silver onto various objects, such as bronzeware — has been designated a national intangible cultural heritage.

Inlaying gold and silver wire, as well as other bits of precious metals, is done by hammering the metal flat and then polishing it. Gold and silver accents make objects will be more dazzling.

Putian craftsmen also use the technique of filigree inlay to ornament items.

Filigree inlay, which is also a national intangible cultural heritage, is part of fine gold craftsmanship. It is both beautiful and popular.