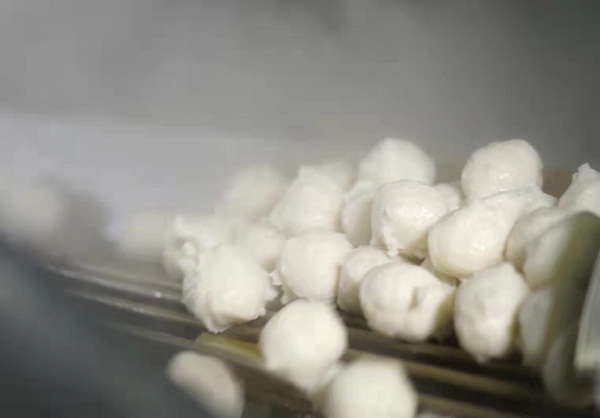 Fishballs, a dish commonly seen on the dining tables of families from Fujian and Taiwan, have become a career for Wu Yun-chen.

"Two generations of my family have worked with fishballs, from Taiwan to Quanzhou, Fujian province — from a small family workshop to digitalized factory production," Wu said. "The force that drives us is ingenuity."

Though fishball is always special for diners, Wu wants to make the dish with connotations. In the 1980s, Wu's parents started a fishball business in Taiwan. Later, they transferred to Quanzhou, founding the Fu Bang Foodstuff Co. in 1998.

With the first generation's efforts, Fu Bang became a leading food enterprise in Quanzhou. Now Wu has taken over the business and is leading the company into new markets by embracing the digital world.

From Wu's perspective, the key to the success of her parents' generation lay in their pursuit of fine craftsmanship. But her approach to the business is different. To reduce costs and enhance efficiency, Wu focuses on improving the production line, from the purchase of raw material to production and packaging.

Creation is her second approach.