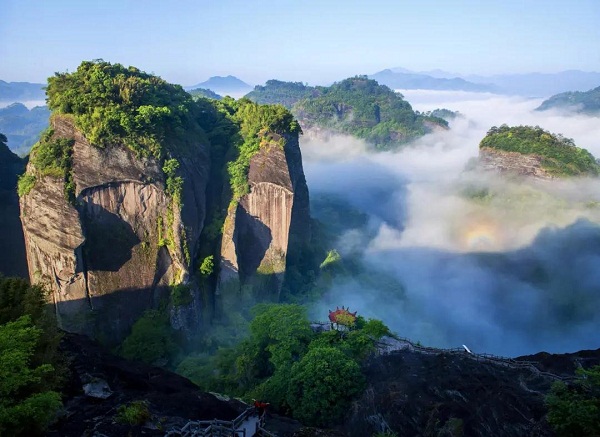 A bird's-eye view of Wuyishan National Park with the noble peaks towering into the clouds. [Photo by Ding Liqing/WeChat account: fjrbwx]

Wuyishan National Park in Fujian province was officially included in the first batch of China's national parks, which was announced on Oct 12.

Wuyi Mountain Nature Reserve was established in 1979 and was listed as the first national key nature reserve by the State Council in July 1979. Since then, various efforts have been made for the protection of the ecological environment in Wuyi Mountain.

Wuyi Mountain was selected as a pilot national park by the National Development and Reform Commission in June 2016.