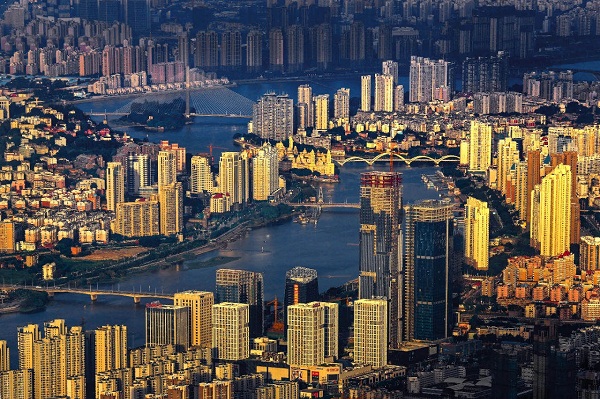 The total retail sales of consumer goods in Fujian province hit 1.02 trillion yuan ($157.13 billion) in the January-June period in 2021, a cumulative increase of 17.9 percent, according to the provincial department of commerce.

The province's retail sales in the first half of the year grew 11.5 percent compared to 2019, with the main factors behind this rise being the nation's comprehensive epidemic prevention and control efforts and the robust economic recovery.

Retail sales of sports and entertainment products, clothing, textiles, cosmetics, jewelries, and home appliances all increased during the first half of the year, a clear indication of consumption upgrade.

Buoyed by the subsidy policy for automobiles, retail sales of new energy vehicles increased to 94.16 billion yuan in the first six months of this year.