Notes:
1. Children under 1.2 meters, local residents, senior citizens aged 70 and above, and people who have a disability can enter free of charge.
2. Half-price concessions are available for children between 1.2 meters and 1.4 meters, people aged between 60 and 69, primary and secondary school students, and full-time university undergraduates. 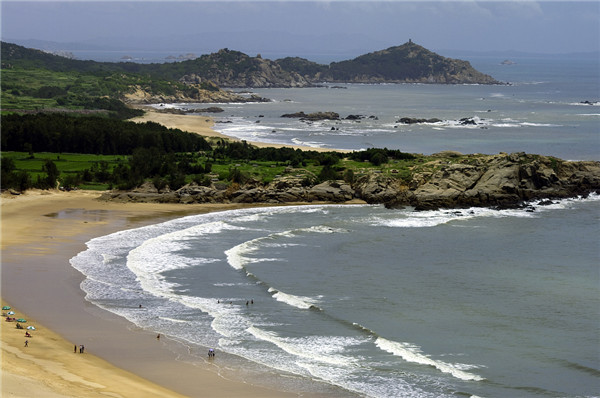 With a coastline of 30.4 kilometers and more than 30 islands, islets, and reefs, Meizhou Island is the second-largest island in Putian city and the birthplace of Mazu, a goddess deified in the 10th century to bring peace to the sea.

Enjoying a reputation as "Penglai Island in southern China", Mezhou Island boasts the best coastal tourism resources in southeastern China and is home to more than 30 scenic spots, including the Tide Sound of Crescent Island, Golden Beach, Goose Tail Geological Park, and the General Temple of Mazu.

Mazu (originally named Lin Moniang) was born in Meizhou Island in 960 and was killed when rescuing people in a sea disaster at the age of 28. To commemorate her virtue the local residents built the Mazu Temple. With the development of the navigation industry and the increasing influence of Mazu, the imperial courts of later dynasties bestowed honorary titles on Mazu 36 times, including "queen of heaven" and "mother of heaven", which gradually consolidated her lofty status as the "goddess of the sea". For more than a thousand years, the Mazu belief has spread from Meizhou Island to other parts of the world. Wherever there are Chinese people, there are Mazu temples and Mazu believers.

At present, there are more than 6,000 Mazu temples in 28 countries and regions around the world. More than 300 million people believe in Mazu and regard Meizhou Island as a holy land in their hearts. Every year, nearly 200,000 people from Taiwan and abroad visit Meizhou Island to worship Mazu. Mazu culture has also promoted exchanges between the people of Meizhou Island and Taiwan and strengthened the bond between people from the Chinese mainland and those from Taiwan.