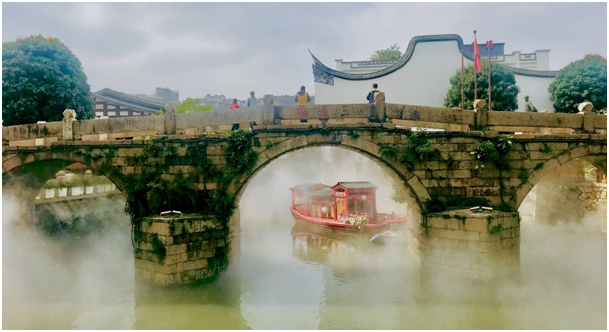 Fuzhou, capital of southeastern Fujian province, rarely features on travel itineraries for people coming to China. However, it deserves a place on travelers' maps, as it is a gem for explorers, cultural enthusiasts and foodies, and it also offers a unique glimpse into another side of a more authentic China off the beaten tourist track.

Fuzhou locals embody the southern Chinese mentality of openness and friendliness – so they will be happy to give you a warm welcome. And as temperatures can reach up to 20 C even in January, Fuzhou is a perfect place for a winter retreat from China's cold north.

Situated on the banks of the Min River and right across from Taiwan on the East China Sea, Fuzhou is in many ways the embodiment of the southern Chinese capital. Next to the lively and bustling local streets of the inner city you get sea views, mountains and historical sites, but also some of the most delicious food in all of China and a vibrant night life. The place, with its marvelous green cityscape full of parks and gardens, is also known as the "City of Banyans", because of the numerous banyan trees planted there since the Song Dynasty (960-1279). If you looking to escape the hustle and bustle of urban life, Fuzhou's periphery offers a wide range of relaxing retreats or places for adventure. 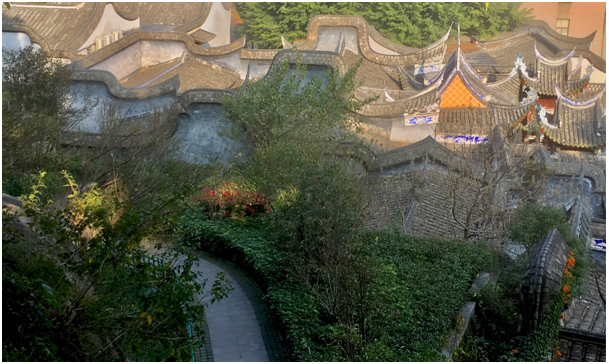 Historic architecture in downtown Fuzhou, seen from the top of Wushan. [Photo by Elyar Najmehchi for chinadaily.com.cn]

Fuzhou, whose surroundings were inhabited by local cultures, such as the Min Yue, since at least 5,000 BC, became formally established as a city in the Han Dynasty in 202 BC. Its location near the coast of the East China Sea and proximity to Taiwan made the city on the Min River an important trade and cultural hub over the centuries, with even Marco Polo reportedly having visited it. It rose to importance during the Tang Dynasty (618-907), when it was formally renamed Fuzhou, meaning "a city with good luck", in 725. The Tang Dynasty was a prosperous time for the city, with cultural institutions and Buddhism growing, and many new immigrants coming to the area. Since this time, tea, silk and porcelain were among the major products shipped to Africa, Asia and Europe via maritime trade routes.

Fuzhou became even more culturally prosperous during the Song Dynasty, with the Hualin Temple, founded in 964, one of the oldest surviving wooden structures in China. The famous Confucian philosopher Zhu Xi (1130-1200) and the poet Xin Qiji (1140-1207) made Fuzhou their home in this time. During the Ming Dynasty (1368-1644), Fuzhou became one of the starting points of the sea voyages of famous explorer Zheng He (1371-1433/35), who sailed from here to Southeast Asia and all the way to the coast of Africa, establishing maritime ties and marking it in many ways as one of "the original" starting points of the Belt and Road sea route. Also, Fuzhou was a major hub for trade with the Philippines and the then-independent Kingdom of Ryukyu (Okinawa) during that time.

In the late Qing Dynasty (1644-1912), Fuzhou was made one of five treaty ports to openly trade with the west in 1842, and therefore became directly entangled into what is often called "China's lost decade" of Western exploitation. It was also the birthplace of Lin Zexu (1785-1850), who, in an act against foreign exploitation, famously dumped millions of pounds of opium from Western traders into the sea in 1839. In the 20th century, the city was seriously affected by the Japanese invasion until their defeat in 1945, but then was on the front line of the conflict with the Kuomintang and subject to frequent attacks from Taiwan, such as the bombing in 1955.