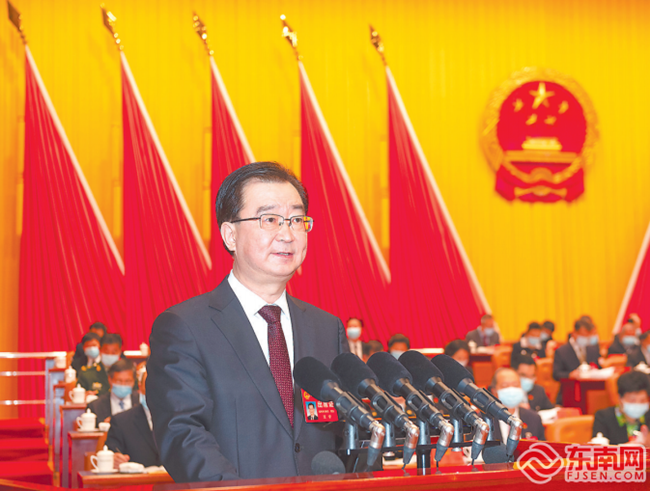 The coastal province of Fujian saw stable economic and social growth last year despite the COVID-19 pandemic, according to the government work report delivered by Wang Ning, the provincial governor, on Jan 24 during the fifth session of the 13th Fujian Provincial People's Congress, held in Fuzhou.

In the past year, Fujian has made greater efforts to foster innovation-driven development, promote coordinated urban-rural development, as well as give priority to environmental protection and green development.

The year 2020 was a "milestone" year for Fujian in building a moderately prosperous society in all respects and its fight against poverty. It was also the concluding year of the 13th Five-Year Plan (2016-2020), with the province's GDP exceeding 4 trillion yuan and its per capita GDP growing to nearly 11,000 yuan, according to Wang.

Wang said that over the past five years, Fujian has been firmly committed to deepening reform and opening-up. It has also promoted industrial transformation and upgrading to build a modern industrial system. Efforts have been made to improve people's livelihoods, with progress having been made in its ecological civilization efforts, as well as its continuous improvement of the environment and rural living conditions.

Fujian expects GDP growth of about 7.5 percent this year and will keep the urban unemployment rate at no more than 5 percent, Wang added.