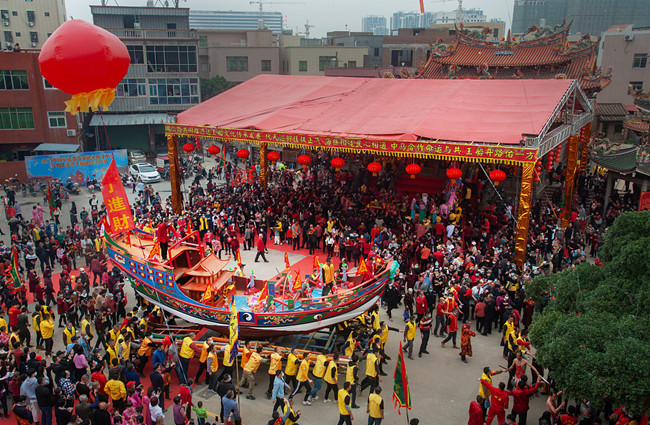 The Wangchuan ceremony and related practices are rooted in folk customs of worshipping Ong Yah, a deity believed to protect people and their lands from disasters.

Developed in China's Minnan region between the fifteenth and seventeenth centuries, the element is now centered in the coastal areas of Xiamen Bay and Quanzhou Bay, as well as in the Chinese communities in Melaka, Malaysia. Those who died at sea are considered as 'good brothers' who become lonely, wandering souls.

The ceremony begins by people gathering at the seaside to welcome Ong Yah to temples or clan halls, while lamp poles are erected to summon 'good brothers' and deliver them from torment. In this way, the element has been celebrated as 'doing good deeds'. Performances head the procession and clear a path for Ong Yah's barge (wooden or paper-made models).

These performances include gaojia and gezai opera, different dances, comprising dragon and lion dances, and puppet shows, among many others. The element evokes the historical memory of ancestors' ocean-going, reshapes social connections when confronted with emergencies such as shipwrecks, and honours the harmony between man and the ocean. It also bears witness to the intercultural dialogue among communities.