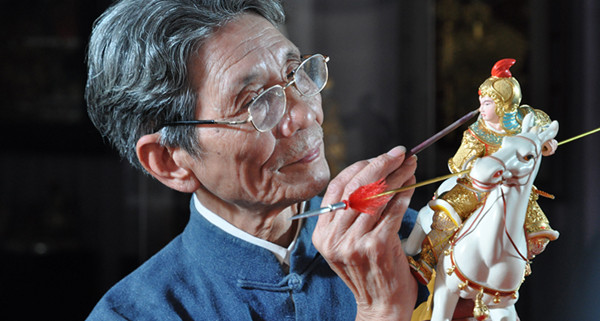 The main material of lacquer thread sculpture is the mixture of lacquer, the special brick powder and boiled tung oil. After beating the mixture and twisting it into a string, the craftsmen coil, entangle, pile, carve and engrave on the sculpture which is then coated with primer.

The technique's development depended on flourishing folk religions and the Buddhist sculpture tradition. As a legacy of the color sculpture of the Tang Dynasty (618-907), it was inspired by the thread sculpture technology of the Song and Yuan dynasties (960-1368), especially the process of leaching powder and clay thread sculpture.