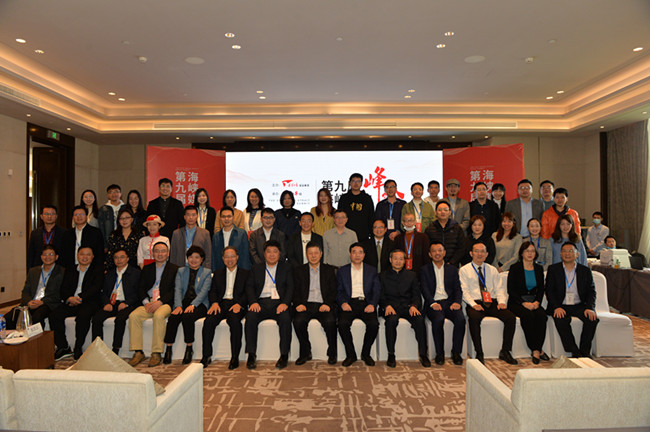 The 9th Cross-Straits Media Summit is held in the coastal city of Xiamen, East China's Fujian province, on Dec 11, and is attended by nearly 100 executives from more than 50 media agencies from across the Straits. [Photo provided to chinadaily.com.cn]

The 9th Cross-Straits Media Summit kicked off in the coastal city of Xiamen, East China's Fujian province, on Dec 11.

The summit, which was initiated in 2009, was attended by nearly 100 executives from more than 50 media agencies from across the Straits. They called for a joint promotion of media convergence from across the Taiwan Straits.

Representatives from across the Straits emphasized the necessity for media to play a leading role in pushing forward cross-Straits cooperation in a variety of fields. They said that the summit offered a great platform for cross-Straits media cooperation.

Media agencies should take advantage of advanced technologies such as 5G, blockchain, and artificial intelligence, and tell the stories of both sides of the Straits in innovative ways, according to a representative at the summit.

Signing ceremonies for deepening cooperation between media agencies were also held at the summit in a bid to deepen media cooperation in a wide range of fields and cultivate more high-level media talent.

Since it started in 2009, the summit has focused on hot topics and difficult issues within the media industry and actively explored ways to enhance interactions between media agencies on both sides of the Straits in an effort to pursue win-win cooperation.