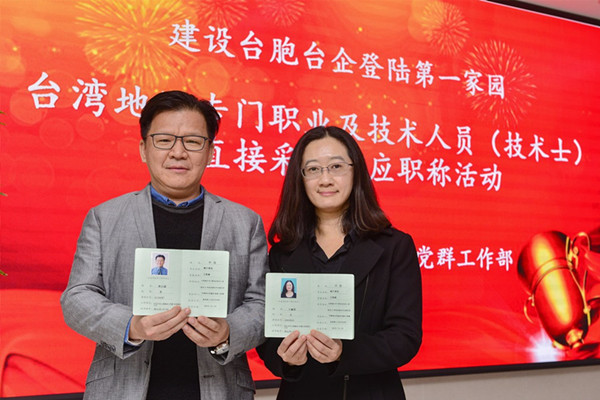 The GDP of East China's Fujian province reached 4.23 trillion yuan ($592.9 billion) in 2019, surpassing that of the island of Taiwan for the first time and laying a solid foundation for the integrated development of both sides across the Taiwan Straits, according to a report by Xinhua News Agency on May 27.

"This is a historic breakthrough and of great significance to Fujian," said Li Peng, president of the Graduate Institute for Taiwan Studies of Xiamen University.

Li added the fact that Fujian has surpassed Taiwan will provide a solid industrial foundation and a great opportunity for the integrated development across the Straits.

Fujian is in close proximity to Taiwan across the Straits and is the major ancestral home of Taiwan people. The two share the same ancestral origins and cultural traditions.

Fujian has been at the forefront of the country's opening-up to the world since reform and opening-up began in the late 1970s.

Tan Yachuan, vice director of the Research Center of the Fujian Provincial Party Committee, said that in recent years Fujian has been beefing up efforts to realize innovation-driven economic development.

Tan added that Fujian has been paying more attention to enhancing coordination of regional development and strengthening its industrial competitiveness. As a result, the province has led eastern coastal areas across the country in economic growth. The province posted an annual economic growth rate of 8.5 percent year-on-year from 2014 to 2019, with its GDP reaching 4.23 trillion yuan last year.

In line with requirements by the central government, Fujian has explored new ways to promote integrated development across the Straits and has made efforts to make it the "hometown" of Taiwan residents and enterprises.

According to statistics, the amount of paid-in capital from Taiwan grew by 8.1 percent last year, and the number of Taiwan people coming to Fujian exceeded 3.87 million. More than 3 million young people came from Taiwan to Fujian for internships, employment and entrepreneurship.

The scale of Fujian's agricultural and industrial sectors has surpassed Taiwan, while the latter has advantages in the service sector and technology-intensive industries, especially when it comes to semiconductors, electronic parts and biological medicine.

Infrastructure construction in Fujian has surpassed that of Taiwan, especially in terms of railways, highways, ports and energy projects.

"Fujian and Taiwan have had an inseparable industrial base in the past, and in the future, both sides will seek a path of mutually beneficial cooperation," said Tan.

Fujian will take measures to provide Taiwan compatriots and firms with equal treatment, and deepen cooperation between the two regions in terms of economy, society and culture, according to Tan.