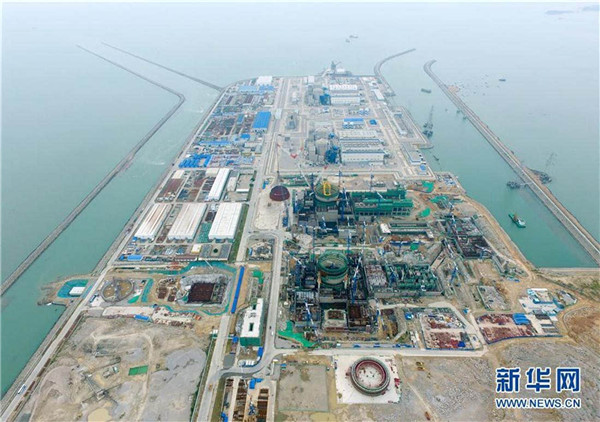 Despite the current impact of the novel coronavirus pneumonia on the economy, East China's Fujian province is making strong efforts to stabilize investment and promote economic development, according to news released by the provincial development and reform commission on Feb 25.

Fujian now has 1,567 major provincial projects in the pipeline for this year, with a total investment of 3.84 trillion yuan ($554.8 billion). 1,257 of the projects are already underway, and are aiming to receive a combined total of 500.5 billion yuan investment this year.

According to authorities, Fujian plans to accelerate construction on key projects in order to keep economic development stable.

Projects related to transportation and energy supply are still playing an important role in attracting investment to the province.

As of Feb 17, construction on five railways had resumed, including the Quzhou-Ningde Railway, the Fuzhou-Pingtan Railway, and the Fujian-Xiamen Passenger-Dedicated Line. Altogether, 251 major provincial construction projects in Xiamen had resumed as of Feb 23.

The province has also been focusing on promoting cross-Straits cooperation.

The investment climate for Taiwan entrepreneurs is expected to improve, and the province plans to accelerate the agglomeration of leading industries, including electronic information, petrochemical engineering, and machinery in order to attract more investment from Taiwan and foster local economic growth.