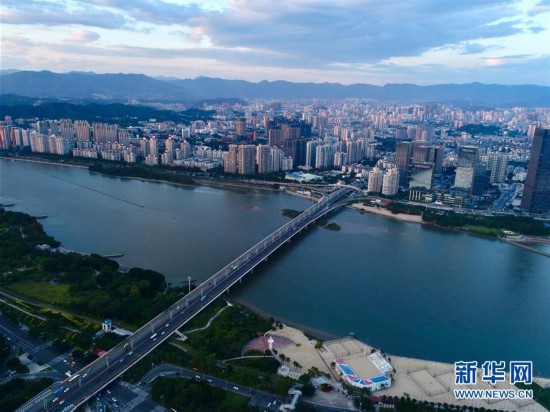 Fuzhou, capital city of Fujian province, is located in the east of Fujian. When China initiated its reform and opening up drive in the 1980's, Fuzhou became one of the first coastal cities to open up to the outside world. The history of Fuzhou dates back 2,200 years, and it covers an area of 12-thousand square kilometers. There are six administrative districts, one county-level towns and six counties. In 2017, the resident population in Fuzhou reaches 7.66 million. It has a subtropical marine monsoon climate, and an average temperature of about 19.6. The jasmine is the city flower and the banyan is its city tree.

Fuzhou is the mainland provincial capital nearest to Taiwan. It has been called the most competitive city of manufacturing in China, one of the 200 most attractive cities in the world, and the eco-city in China with the highest investment value.