Longyan is a city in southwestern Fujian province, bordering Guangdong to the south and Jiangxi to the west. The city had a population of 2.64 million inhabitants as of 2017. In 2019, Longyan reported a regional GDP of 268 billion yuan ($37.74 billion), a year-on-year growth of 7.1 percent. Longyan has a monsoon-influenced humid subtropical climate with short, mild winters, and long, hot and humid summers. It is renowned for the tulu situated in its Yongding county.

Tulou, or earthen houses, are widely scattered in Yongding. Set amongst rice, tea and tobacco fields, the tulou feature tall fortified mud walls capped by tiled roofs with wide over-hanging eaves. They are inscribed as exceptional examples of a building tradition and function exemplifying a particular type of communal living and defensive organization, and, in terms of their harmonious relationship with their environment, an outstanding example of human settlement. 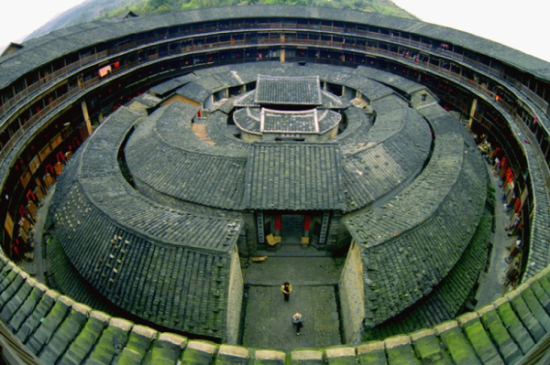